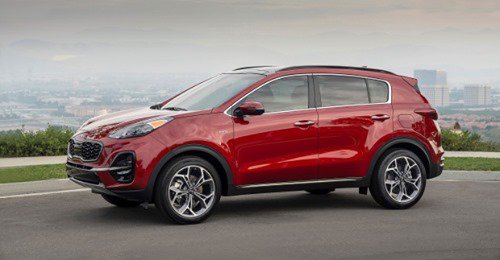 Kia is issuing a recall for nearly 380,000 Sportage SUVs and Cadenza sedans due to a problem that could cause them to catch fire.

Until the problem has been fixed, Kia and the National Highway Traffic Safety Administration are warning owners to keep the vehicles parked outside and away from their homes and other buildings or vehicles to prevent any possible fire from spreading.

The recall applies to some model year 2017 through 2021 Sportages and 2017 through 2019 Cadenzas that aren't equipped with Smart Cruise Control. Smart Cruise Control enables the vehicle to use radar to automatically maintain a safe distance from other cars on the highway. Vehicles with regular cruise control may be involved in the recall, Kia said.

In the vehicles involved in this recall, some electronic circuits under the hood can develop a short circuit resulting in overheating and possibly a fire, according to documents posted at NHTSA.gov.

Owners of vehicles involved in the recall will be notified by mail beginning April 30, Kia said in a statement.

Owners can also visit the safercar.gov website and enter their 17-digit vehicle identification number, or VIN, to check if their vehicle is subject to the recall. Kia dealers will replace fuses to prevent too much power from going to the effected circuit boards. In some cases, vehicle software will also be updated. Customers will not be charged for the repairs.

Hyundai, which is a major shareholder in Kia, recently recalled 82,000 electric SUVs. While that recall was also due to fire risk, it was due to a problem with the vehicles' battery packs.