How a giant perogy saved this small town 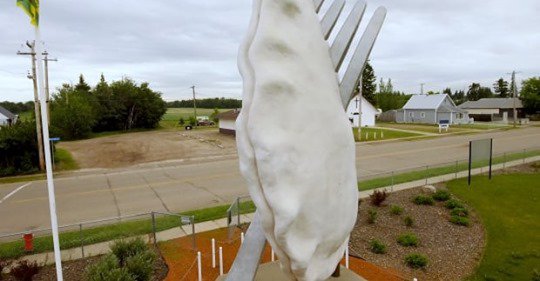 If there's one thing Albertans do even better than huge trucks and grain elevators, it's making massive monuments for little places. Follow Tamarra Canu on her summer Albertan road trip as she travels her province to find out what these big things meant to the small towns that call them home.

For centuries, humans have obsessed over massive objects and the legacy they leave behind: The Great Wall of China, The Great Pyramids of Giza, The Eiffel Tower and the Roman Colosseum — but not to be forgotten: The Glendon Perogy.

It's one of Alberta's strangest objects, made with love by citizens committed to their town's existence and serious dedication from their former mayor of nearly 40 years. "What was happening to our town is it was dying, so we had to come up with something out of the ordinary to have people come in," says former mayor Johnnie Doonanco, who even submitted the Glendon Perogy to be on the back of the toonie when the $2 bill was eliminated.

It may seem like a joke, but this perogy is the reason Glendon is alive today. For Big Things Small Towns host Tamarra Canu, it only seemed right to also learn how to make the doughy dumpling that saved the town.

Watch the episode above and take a bite out of the unique culture in Glendon, Alberta. 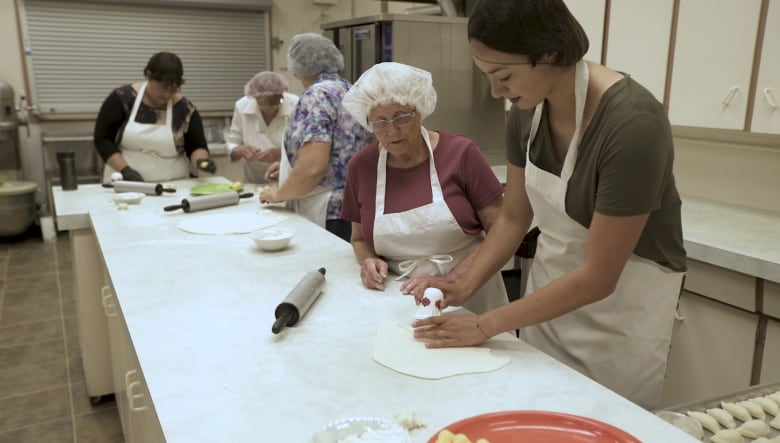 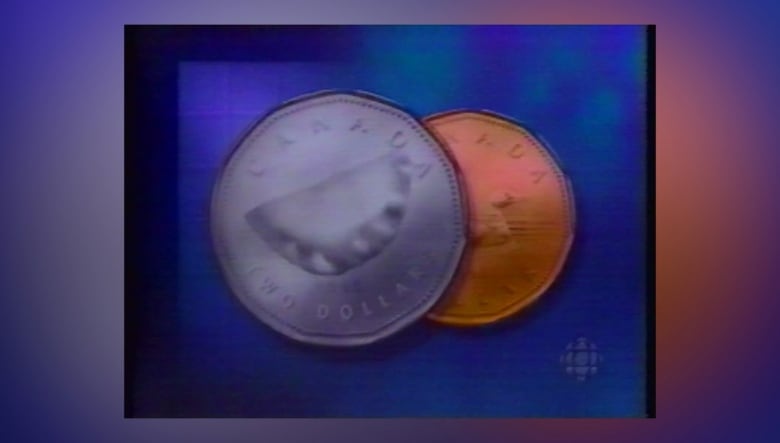 About Big Things Small Towns
At one time, the largest things spreading across the Canadian prairies were grain elevators and Ukrainian church domes, but in the 1990s, citizens of small towns began building their own roadside giants. Some relevant to the times, some questionably random and some still popping up today. CBC