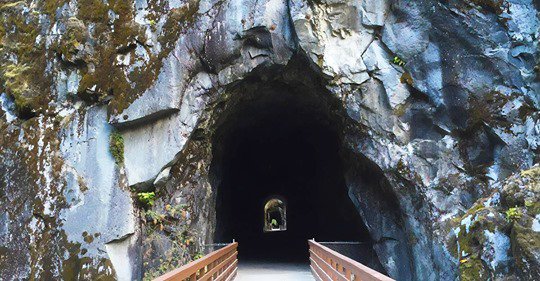 Just two hours east of Vancouver is a one-of-a-kind hiking and cycling trail that will transport you back in time to the railroad boom of the 1800s.

Located within B.C.'s picturesque Coquihalla Provincial Park, the Othello Tunnels are a series of winding pathways that cut through obsolete railroad tunnels that were once used by the Canadian Pacific Railway to get from the south of the province to the Kootenay region.

The flat but winding 3.5 km-long hiking route allows visitors to venture into five decommissioned tunnels from the old Kettle Valley Railway that cut straight through natural granite, as well as over bridges than span roaring rivers and massive canyons.

Travelers can even take the trail all the way through a forest to the nearby town of Hope via the Hope-Nicola Cattle Trail, and can enjoy fishing, camping and picnicking nearby.

The trek provides some stunningly scenic views over steep rock cliffs in the Coast Mountain Range, making one wonder how engineers even managed to build a railway so long ago by hand in such a geographically tough area.

Waterfalls, flora and fauna are among the sites along the way. 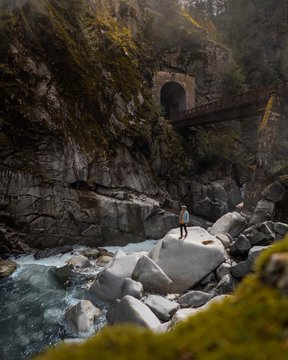 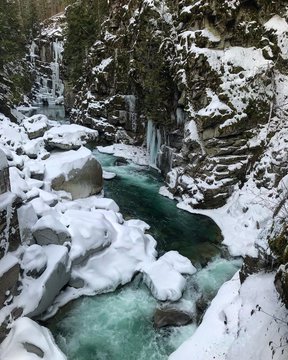 The trail has been used as the scene for a number of famous movies, photoshoots and more, including one instalment of the Rambo franchise and the Bruce Willis flick Fire with Fire.

The old railroad as a whole has another thespian connection, as well: chief engineer Andrew McCulloch, a fan of Shakespeare, named all of his railway stations after the Bard's characters (hence the name Othello Tunnels). 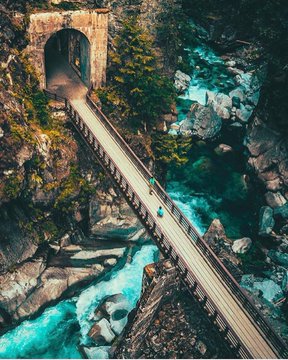 The tunnels and the entire Kettle Valley railroad were officially abandoned in 1961 after a number of washouts and rock slides, making way for their future use as a recreational area decades later. Much of the original rail route is also now the site of the Coquihalla Highway.

Benches for resting, washrooms, picnic areas and a parking lot are among the amenities in the otherwise rugged trail, which takes about an hour roundtrip to walk.

Anyone looking to take the beautiful hike should keep in mind that the attraction is seasonal and is subject to closure for rock falls and other unsafe conditions. freshdaily