The global COVID-19 pandemic put a halt to many industries, but not essential services like the transportation of goods. 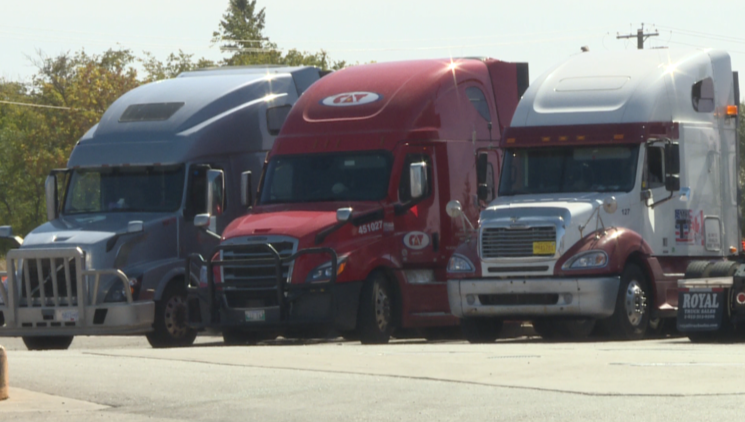 Truck drivers have continued to travel to places most of us aren't even allowed, and the importance of the trucking industry has been front and centre for the last six months.

Read more: Advocates ask for empathy as Winnipeg’s first COVID-19 case in a school is identified

"When all people were afraid, sitting at home, and we were just like truckers," truck driver Kulwant Jhinger said. "If truckers sit at home, how people can eat?

"So we have to have our wheels moving."

In March 2020, when many restaurants and gas stations closed their doors, it was hard for truck drivers to find places to go.

"It was pretty traumatic, actually," truck driver Charlie Dell said. "We had to do what we had to do. Go in the bush — you know, resort to old methods. Wash wherever you could whenever you could when you could. It made it very very difficult but there were people that were supportive of us, some businesses, but they were few and far between."

"You weren't allowed to eat indoors, you had to take get to take your food order out — stuff like that," truck driver David Ellis said. "You always have to wear (a) mask. People were a lot more ignorant because I didn't know where you were from."

Drivers have had to adapt to new protocols and procedures, most of which are still in place.

"It's a lot more laid-back now," Ellis said. "I mean, I think a lot of people aren't wearing masks but at least you're allowed to go in and sit down and eat."

Most truck drivers we spoke to say accommodations have gotten better with many places lifting their restrictions, however there are still some instances where truck drivers are being denied service.

"This week alone we've received two calls from members about their drivers who've been denied service simply because they were truck drivers," said Terry Shaw, executive director of the Manitoba Trucking Associations.

Shaw noted, however, there are some positives that have come from the COVID-19 pandemic for truck drivers.

"And to the job they do, which is to deliver Manitobans their quality of life."