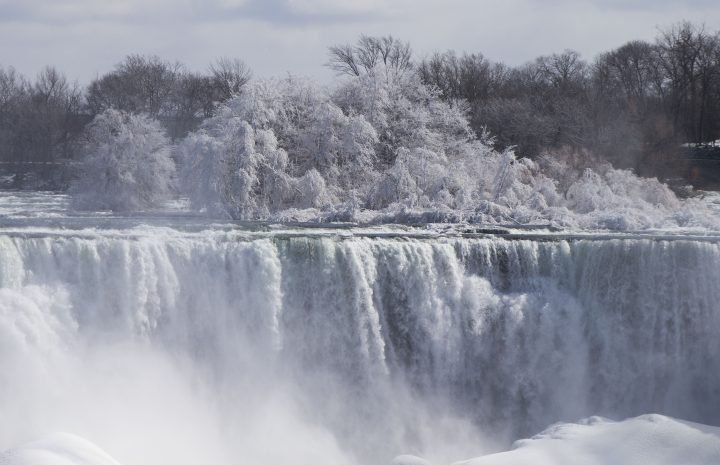 OTTAWA — Environment Canada is warning several Ontario communities to avoid non-essential travel due to multiple snow squalls expected to persist through the weekend.

The federal agency issued morning alerts about severe weather either underway or expected in Georgian Bay communities including Owen Sound, where 50 to 80 centimetres of snow were expected to fall by late Sunday, and Parry Sound/Muskoka, expecting 10 to 20 centimetres.

Environment Canada also warned of reduced visibilities in the Lake Nipissing communities of North Bay and West Nipissing, where 25 to 50 centimetres of snow are forecast by Sunday morning.

Several communities near Lake Ontario were told to brace for anywhere between 10 and 30 centimetres of snow through the evening or into Sunday morning, including Belleville, Brockville, Kingston and the Niagara region.

Snow squalls, marked by sudden snowfalls and gusty winds, were also expected to dump 20 to 30 cm near the community of Simcoe, along Lake Erie.

Environment Canada says snow squalls can shift conditions from clear skies to heavy snow within just a few kilometres. It advised drivers to expect deteriorating road conditions and to carry an emergency kit and mobile phone if travel was unavoidable.