Doctors who contracted COVID-19 at a bonspiel dug into how they got it. Here's what they found 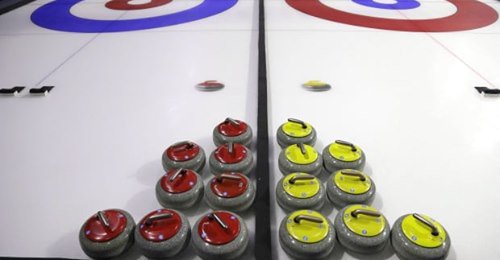 A new study of one of Alberta's first COVID-19 superspreader events — a bonspiel last March attended by doctors from across Western Canada — suggests that most of the transmission occurred off the ice as curlers gathered to socialize and dine at buffet and banquet tables.

On March 11, 2020, the same day COVID-19 was declared a global pandemic, medical professionals gathered at Edmonton's Granite Club to hit the ice for four days of competition.

The virus moved unseen from curler to curler, eventually infecting at least 40 of the 73 attendees. Many brought the virus home, infecting their families, their work colleagues and, in some cases, even exposing their patients to the virus.

The tournament, the 63rd Annual Western Canadian Medical Bonspiel, became linked to a cluster of cases across the country and raised questions about the efficacy of public health restrictions adopted during the early days of the pandemic.

Some of the doctors who attended have now published research on themselves in an attempt to better understand how the virus proliferated so quickly.

'Something to be learned from this'
Dr. Kelly Burak, the study's lead author and one of the curlers who got infected, said it was important for the researchers to dissect what happened.

The study reinforces the need for public health measures, including masking, physical distancing and limiting the size of social gatherings, during future waves of COVID-19 in Canada, Burak told CBC News on Tuesday.

"The cases just started going up, up, up and the epidemiologist in me woke up and said, 'You know what, we have to study this," Burak said.

"There is something to be learned from this.'"

Three days after the bonspiel ended, the first case was confirmed, leading to the isolation of all attendees within 72 hours. Cases were confirmed in Alberta, Saskatchewan, Manitoba and Ontario.

In a statement to CBC News on Tuesday, Alberta Health spokesperson Tom McMillan said 54 cases were linked to the outbreak, including 35 Albertans. All are recovered.

Burak, a professor of medicine at the University of Calgary, described the weeks that followed as nerve-racking. He said he remains grateful that no one died or required hospitalization.

"We had to do something positive with it," he said. "And studying it and sharing the experiences was one of the things that we do [to] make something good come out of something that was otherwise regrettable."

3 Manitoba doctors in isolation after attending curling event
13 cases of COVID-19 linked to bonspiel attended by doctors
All 73 curlers — 55 of them were active health-care workers — took part in the study. Their symptoms, travel history, laboratory tests and close contacts were carefully tracked through telephone interviews.

'Hindsight is 20/20'
Dr. Christopher Fung, an Edmonton-based physician who co-authored the study, is hopeful the research will serve as a caution to Albertans.

Both he and his wife, Dr. Daisy Fung, fell ill after the tournament.

"Hindsight is 20/20," he said. "We were following every guideline. We were changing things almost on the hour at times with respect to what we could and couldn't do.

"It just shows that, you know, even when following the guidelines, as recommended, transmission can certainly still happen."

Alberta restaurants, bars reopen for dine-in customers in next step of relaunch
SECOND OPINIONHow the spread of coronavirus variants could completely change the pandemic in Canada
Burak said the study highlights how quickly the virus can spread. The study found the median time from the beginning of the bonspiel to the onset of symptoms was six days.

On March 19, Alberta Chief Medical Officer of Health Dr. Deena Hinshaw reported the first case linked to the bonspiel — a Saskatchewan doctor who had attended the event.

At the time, Hinshaw said the person believed to have introduced COVID-19 to the event was another Saskatchewan player who had returned from a trip to Las Vegas.

By March 21, health officials had already linked 13 cases to the bonspiel.

"With these transmission clusters, it tends to be groups of people that are indoors that are not wearing a mask in close proximity with others," Burak said. 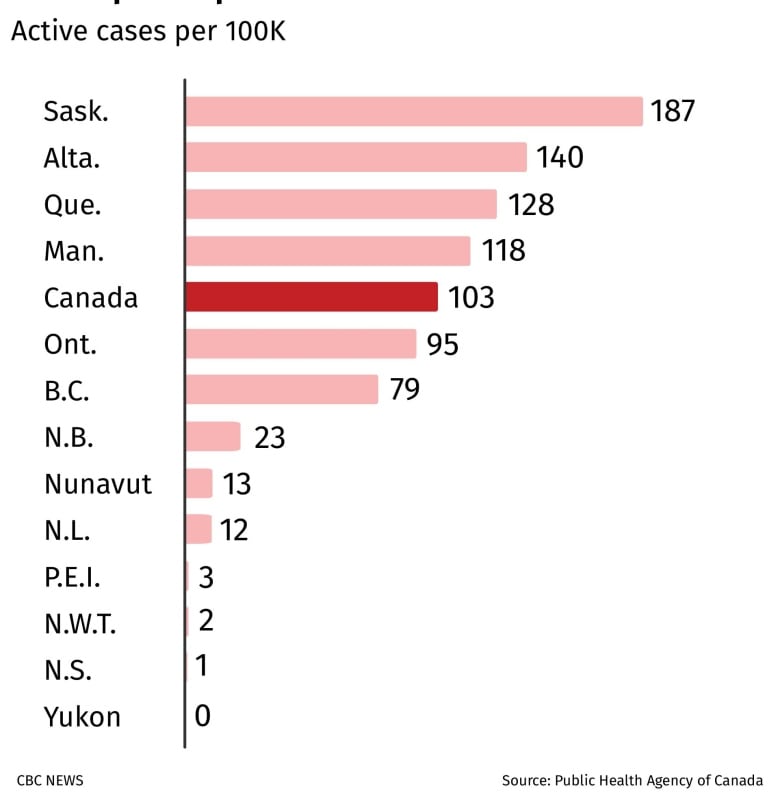 When the curling event began, Alberta had only 24 confirmed cases of COVID-19. No community spread had been documented in the province at that point.

Precautions at the time were limited. Health regulations allowed for events up to 250 attendees.

ANALYSISIndoor social gatherings are Ottawa's COVID-19 'Achilles heel'
Should I wear a mask outdoors? Your COVID-19 questions answered
Attendees did not wear masks. Physical distancing was not enforced. But hand sanitizer was supplied, players refrained from shaking hands, and the curling rocks were washed regularly.

Of the 73 curlers at the event, 40 later tested positive. Another 14 developed symptoms and were considered probable cases.

In all, 54 attendees were confirmed or probable cases, for an overall "attack rate" of 74 per cent. Attack rate measures the proportion of those who became ill after a specified exposure.

Infection spread to family, colleagues, patients
Serology testing was also done, showing that, of the 40 confirmed cases, 30 had antibodies suggesting they had been exposed to the virus. Of the 14 probable cases, seven also had positive serology results.

A lack of understanding of the virus at the time also contributed to the danger, Burak said.

Ten bonspiel participants identified that they had mild symptoms during the event, but none had symptoms consistent with the clinical case definition being used at the time by public health authorities.

What's different about the coronavirus 'variants of concern' flagged by WHO
CORONAVIRUS BRIEFThe latest on the coronavirus outbreak for Feb. 9
For instance, loss of taste and smell was reported in 39 of the cases — a symptom that had not yet been confirmed by public health officials.

Forty bonspiel participants reported having meetings or seeing patients before entering isolation, and six reported being aware of a co-worker or patient subsequently testing positive for COVID-19, the study found.

Participants reported that 35 family members developed symptoms; 12 later tested positive for COVID-19. Only three of the infected family members had been at the bonspiel. 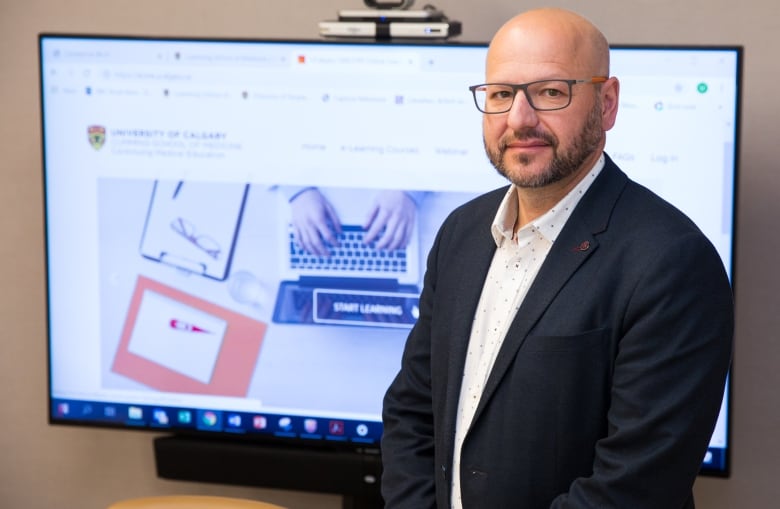 A 'natural experiment'
Seventeen of the 18 teams that participated in the bonspiel had at least one confirmed case.

The only team to avoid infection had skipped all social events, further suggesting that social gatherings and meals served as the biggest sources of infection.

Burak described that team's decision to abstain from social events as a "natural experiment."

"That team was being extra cautious because of COVID, and it proved to be the right thing to do."

Alberta announces further expansion of COVID-19 rapid testing
The study was published the same day that Alberta eased some restrictions on indoor dining and recreation.

Burak said the study reinforces the importance of following health guidelines and leaves him anxious about the newly relaxed restrictions.

"I'm concerned about the variants," he said. "Although there's only a small number of variants that have been reported so far in Alberta, we know that they're more infectious.

"Eleven months ago, we didn't have community transmission of the strain of COVID that infected our cohort of curlers. It was all thought to be related to travel and went quickly after that."cbcnews