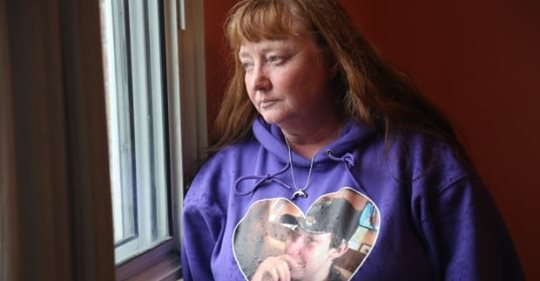 Shari-Ann Selvey says she's glad the province is taking steps to fight bullying in schools — she just wishes her son didn't need to die for the government to take the problem seriously.

On Wednesday, while introducing new measures aimed at taking on bullying in schools, Ontario Education Minister Stephen Lecce mentioned Devan Selvey as one of the driving factors behind the changes.

Devan, 14, was fatally stabbed in the back outside Sir Winston Churchill Secondary School in Hamilton on Oct. 7.

He died in his mother's arms.

Two brothers, a 14-year-old and 18-year-old, are charged with first-degree murder. Police allege the 14-year-old is the person who killed Devan.

"That story among others, really motived the government to take immediate action," said Lecce, after announcing new measures, including training teachers in de-escalation techniques and asking Scarborough Centre MPP Christina Mitas to advise him on strategies to fight bullying.

Ontario education minister announces new measures to fight bullying in schools
Mother of teen killed outside Hamilton high school calls stabbing a 'cowardly act'
"We're going to be looking at how we can improve the safety of children so that there's no more examples, so that there's no more victims," the minister added. "Especially for the young man cited in Hamilton and for so many others in the province that feel isolated as a consequence of not having those supports in place." 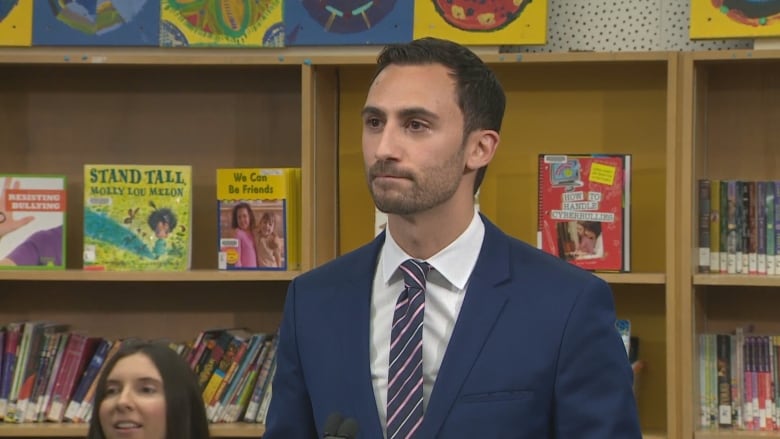 Selvey described the changes the government is planning as a "good start." She'll be watching to make sure they follow through.

"It's good that they're now paying attention and stepping up, which they should have done years ago, but at least now they're putting the effort in and realizing that it is a problem," she explained.

"It's just unfortunate Devan had to die to bring those problems to the forefront."

As part of the government's Ontario-wide effort, Mitas will talk to students, parents, teachers and experts about ways to take on bullying.

The province will also:

Conduct a survey of students about bullying.
Review school reporting practices on violence.
Review the definition of bullying in Education Ministry policies.
The announcement came about a month after a sweeping CBC investigation into violence in schools that showed the Hamilton-Wentworth District School Board (HWDSB) — like many others in Ontario — repeatedly failed to report accurate figures on violence to the Ministry of Education.

SCHOOL VIOLENCEAnalysis shows history of inconsistencies in how Hamilton school board tracks violence
That issue is one of four areas HWDSB director of education Manny Figuerideo said the board will be specifically addressing as part of a new bullying review panel, which was also set up after Devan's death.

On Friday, the board dedicated a PA day to teaching staff how to take on bullying.

At the same time, a petition bearing Devan's name was brought to Parliament by Flamborough-Glanbrook MP David Sweet calling for a review of the Youth Criminal Justice Act with a focus on "safeguarding protective rights of youth victims above those of the offenders." 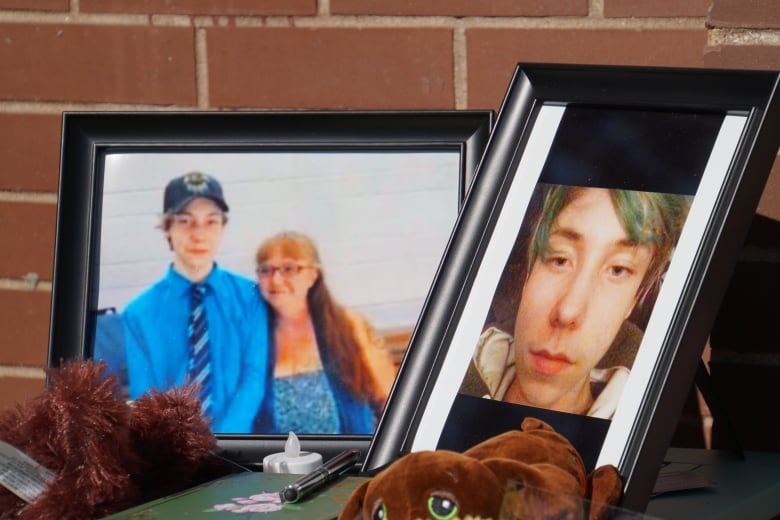 Selvey said she believes society as a whole needs to change before students will feel safe in schools, and that people need to realize kids are capable of being violent and doing terrible things to one another.

"School should be your safe place away from home," she said. "The more people that stand up, the better off it will be and school will be a nicer place if people just care enough about other people."

Focusing on care is something Selvey is trying to do again in her own life.

She's slowly started getting back into helping out at an animal rescue and spent some time Friday bringing kittens to the vet for their shots.

She and Devan used to do this together before he was killed.

"Today was a hard day," she said. "Doing that without him was kind of rough." CBC