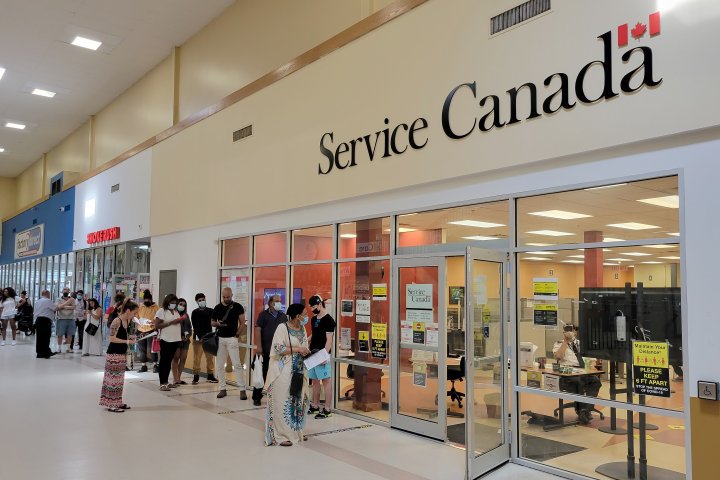 Quebec’s minister responsible for relations with Canada is demanding the federal government find a solution to lengthy passport delays across the country.

Sonia LeBel issued the message on Twitter on Tuesday as people have been waiting in long lineups outside Service Canada offices to receive their travel documents. The situation has gone on for weeks.

“The situation experienced by many Quebecers in passport offices is deplorable,” LeBel wrote. “It’s insane to see people camping out to get a passport.”

Quebec is asking its federal counterpart to “quickly find a solution in order to process requests more adequately,” she added.

LeBel’s message comes as Montreal police were called to provide assistance due to hundreds of people waiting outside the passport office at the Guy-Favreau complex early Tuesday.

Police spokesperson Mariane Allaire-Morin said no arrests were made and police officers were only there to help security guards with the crowd.

“People were very calm and co-operative,” she said.

Since early June, camping chairs, blankets and sleeping bags have all become a regular fixture at passport offices across the country.

Service Canada reopened all passport service counters across the country last month as travel picks up again, and additional counters have been added at more than 300 centres.

The offices have seen a surge in demand for travel documents as COVID-19 measures ease and Canadians look to vacation in the summer.

“We are accelerating the process and we will always look at how we can do even more,” Prime Minister Justin Trudeau said Tuesday.