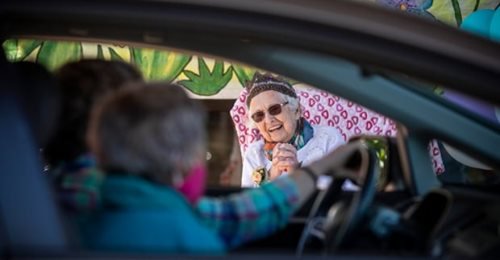 A Delta, B.C., woman celebrated her 100th birthday Monday with a drive-by celebration hosted by her friends and family.

Charlotte England spent the afternoon surrounded by a large hand-painted banner, balloons and cupcakes, as a parade of vehicles filled with her friends and family drove past her seniors residence on Arthur Drive.

"It feels wonderful," said England. "I've been treated like a queen."

England, who was born in Saskatchewan, built guns for Canadian armouries during the Second World War after finishing high school.

She moved to Vancouver in 1944, where she attended nursing school at St. Paul's Hospital and eventually married her husband Les, who fought in the war. 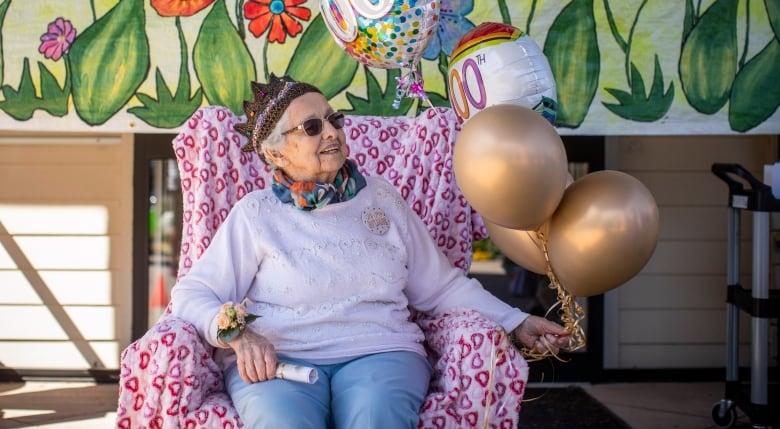 England graduated valedictorian in her class and continued to practise nursing until the age of 70.

"She said it was the best birthday of her life," said Louise.

England says they are hoping they'll be able to celebrate her mother's 101st birthday next year with friends and family in person — without having to worry about COVID-19 restrictions.

"We're gonna use the big banner next year and just cross off the zero," said Louise. "That's what we're looking forward to."CBC 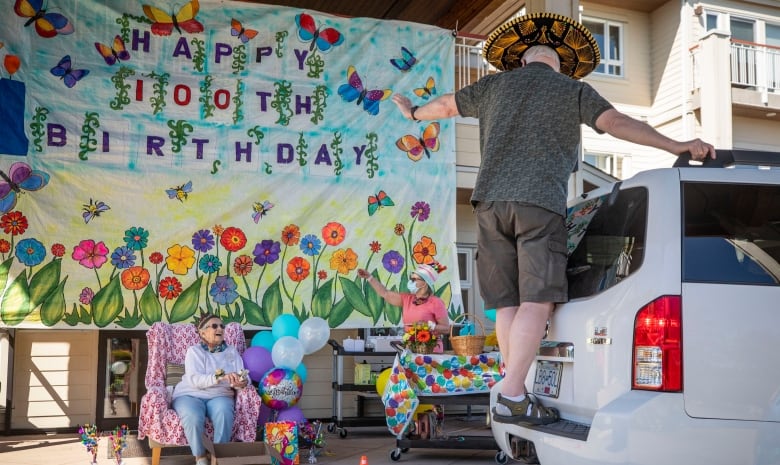