A Charlottetown couple say they were surprised with a sudden interest in people wanting to rent their home — because it's not for rent.

Bryan and Kim Burt said one woman even showed up with her belongings expecting to move in before realizing she was the victim of a scam.

Unbeknownst to the Burts, someone going by the names Sabrina and John had advertised the couple's three-bedroom home on the website Craigslist asking $1,200 a month, including utilities, and a $1,000 deposit.

The Burts do not live in the home, which is located on Enman Crescent. It is up for sale, and the scammers used the sale listing photos in their own ad.

The Burts contacted Craigslist and had the ad removed.

"It's happening and you have no clue it's happening unless you're Google-searching your property for some reason," Bryan Burt said. 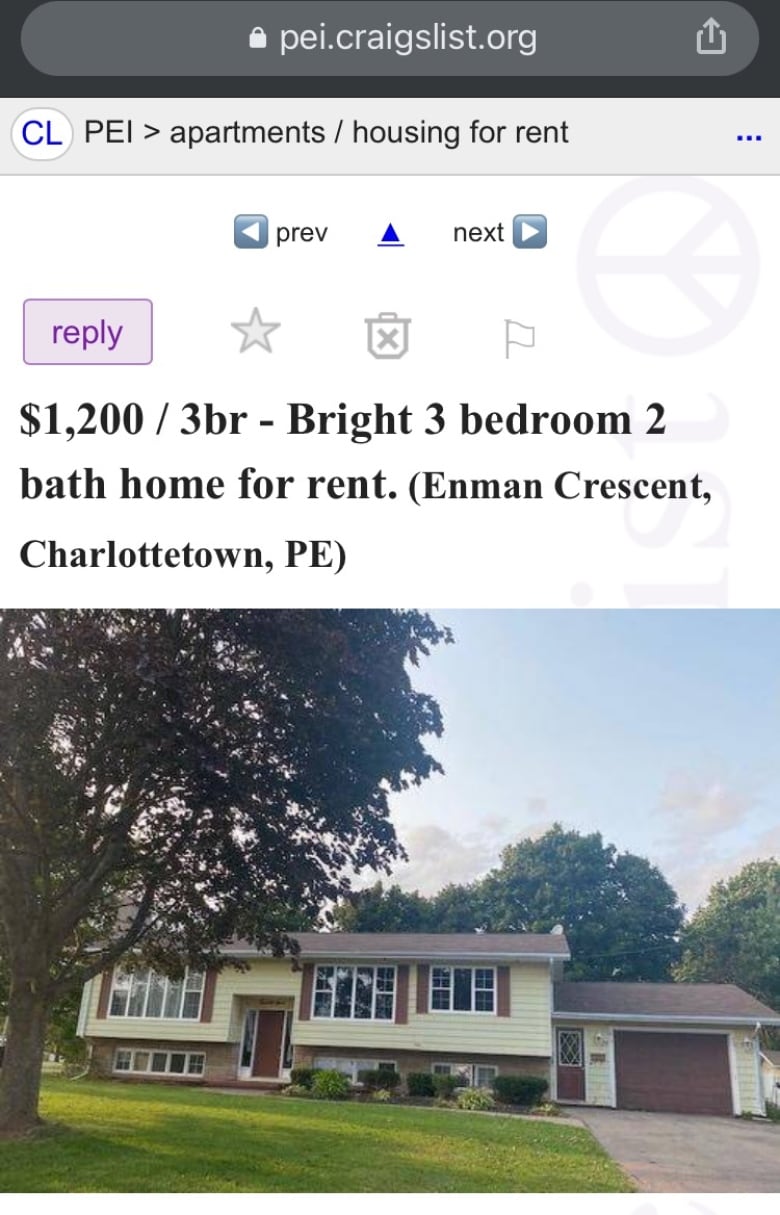 The Burts only found out about the scam when the man who delivers their heating oil noticed the property was for sale. As it turns out, his daughter was looking for a place to rent and looked into the property but thought the price was "too good to be true."

Victim out $2,200
"If it wasn't P.E.I., we wouldn't even know," Burt said. "Because it's the luck of the size of the Island that it just happened to be the driver's daughter who delivered to our house."

However, it was too late for another woman. She showed up Friday, about two weeks after the Craigslist ad was removed, expecting to move in and unpack only to find the home locked with a For Sale sign in the front yard.

The woman called the couple's real estate agent, whose number was on the For Sale sign.

"This lady contacted her to find out what was going on because she had sent money to whoever these Sabrina and John people are," Burt said.

"I had no idea this happens."

Scam not new, police say
Sgt. Dean Field of the Charlottetown Police said an investigation is underway. He said this type of scam is not new on P.E.I.

Burt said he is sharing the story because he doesn't want others to get scammed.

"Don't send someone money without seeing them in person. If they can't show you pictures of the inside or meet to see the inside, it's definitely too good to be true."CBC