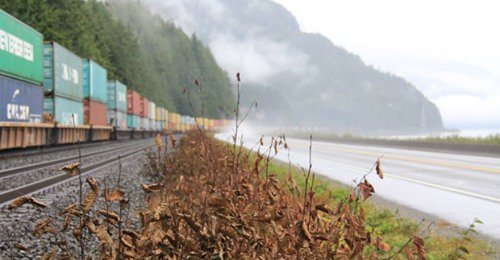 CN Rail has been fined $100,000 for spraying harmful pesticide over 150 kilometres of track in northwestern B.C., damaging vegetation near the Skeena River.

The railway pleaded guilty on Thursday for failing to get proper authorization to spray the herbicide between Terrace and Prince Rupert in August 2017, according to the B.C. Conservation Officer Service.

Photos from environmentalists who spotted the damage showed what appeared to be a line of dead vegetation crossing creeks and waterways near the CN tracks.

The line is near Highway 16 and runs along the Skeena River floodplain. 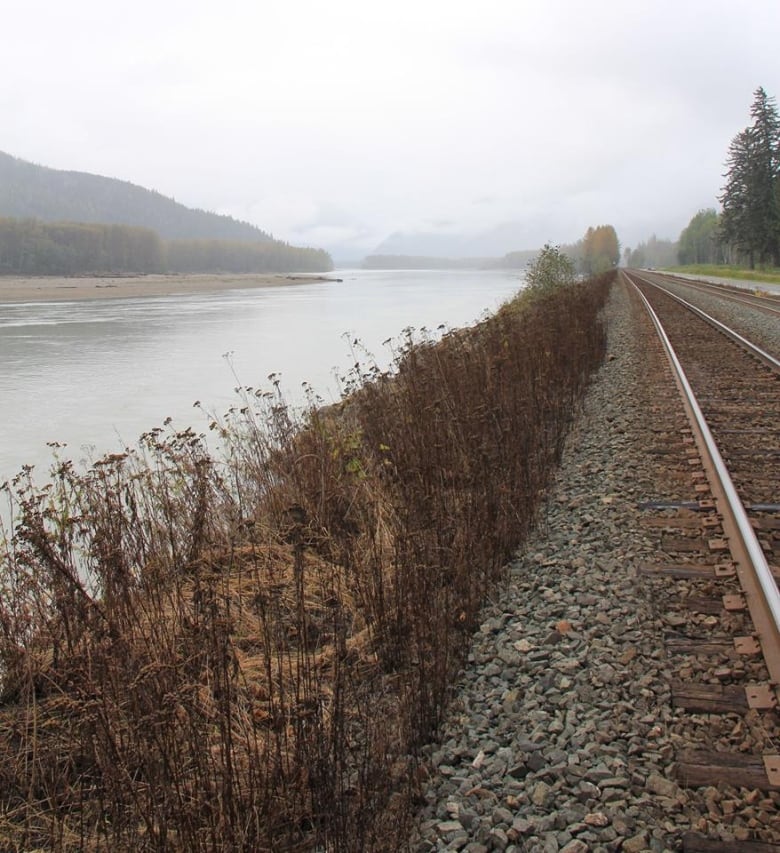 The railway is required to remove invasive plants and noxious weeds along its tracks and throughout its railyards under the B.C. Weed Control Act, but must have an approved Pest Management Plan in place before work begins to ensure pesticides are used responsibly.

CN's pest management plan had expired in May 2017.

Under that plan, CN was required to leave a buffer of five metres between non-selective pesticide applications and bodies of water with fish species.

Selective methods were permitted to be applied within one metre of such waterways.

CN had hired a contractor to do the work, according to the B.C. Conservation Officer Service. CBC News has contacted the railway for comment.

CN was fined after pleading guilty in Prince Rupert. The majority of the $100,000 fine — $95,000 — will be sent to the Habitat Conservation Trust Foundation, which works to restore wildlife and habitat throughout B.C. CBC