Climate lessons from the classroom spill into the streets 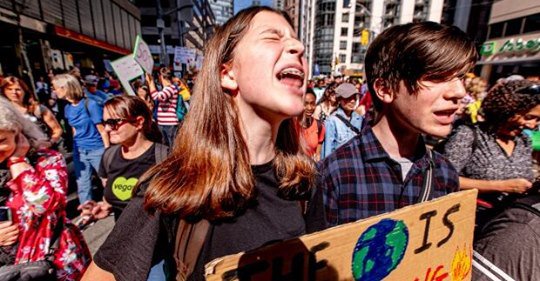 Thirteen year-old Adlyn Gilbert has pushed her way the front of the stage at Queen's Park. She's got her backpack slung over both shoulders and she keeps checking her phone as the global climate strike gets underway in Toronto.

Before long, she is listening intently to the speakers. This is her twelfth climate rally. She says it won't be her last.

At first, Gilbert seems quiet. Unassuming. That is, until she starts belting out her chant as the climate strike march begins in the streets.

The contrast in her demeanour is startling. 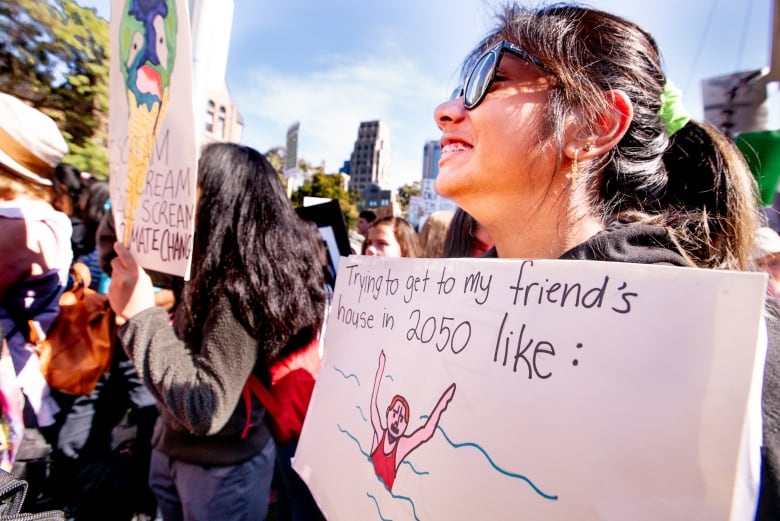 She's joined by her two friends, Tenzin Tethong and Lauren Robinson. And they're all concerned about their future.

"I'm here to fight for my future, for the future my grandchildren for my great-grandchildren, and anyone who is on this planet, all living beings," says Gilbert.

"It's just terrifying how bad in such a deep hole we've dug ourselves into."

Gilbert says her knowledge about climate change comes from school and her many teachers. What she's learning in the classroom frightens her. In particular, she's concerned about floods — not just in cities, but around the world.

"There are a lot of places in the world that will definitely be gone if we stay at this rate," she says. "There are so many places that will be off the map soon. That's really scary."

'Youth are rising': Thousands hit Queen's Park as part of global climate strikes
Many of the children in the streets do not know the details of the science, but they are convinced that they're heading into a different world than the one that exists today.

Zoe Keary-Matzner was one of the speakers at the rally ahead of the march. After a fiery speech, she, like Gilbert, seems quiet and reserved. 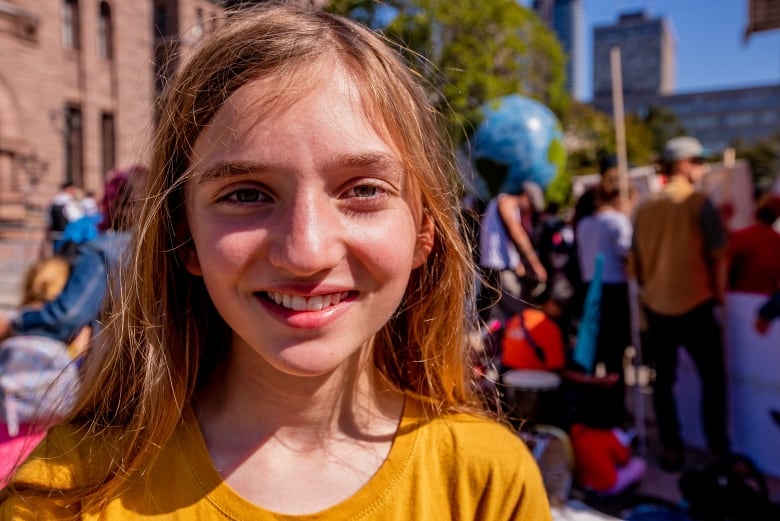 She's been to many rallies, and she's happy to have seen them grow in size from just a few dozen youth to the thousands gathered in Toronto, and the millions around the world.

Does she think the policymakers are hearing her and her generation?

'It's still helpful'
Along the march route, not far from Gilbert, 9-year-old Ella Tomczak grasps a handmade sign reading "How dare you?" It's a nod to global climate activist Greta Thunberg's recent speech at the United Nations.

Tomczak and her classmates, Noa Nicholishen and Lucas Garson, are marching because they want to "save the planet." They say they get most of their information from their parents.

"If you don't do something about the climate, everyone would die, and there would be nothing left," she says. 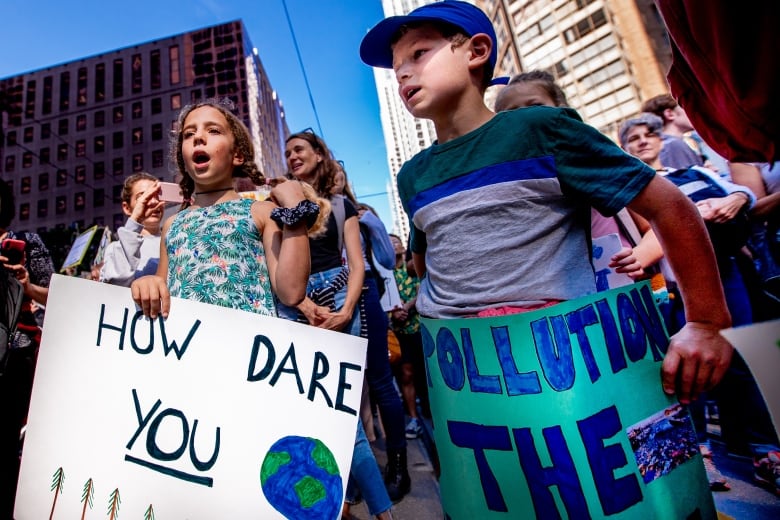 But Tomczak is keenly aware that the protest isn't going to save the planet in and of itself.

"Even though it's a protest — it's not stopping polluting cars — it's still helpful."

And that helpfulness, she hopes, will incite governments to make effective change.

VIDEOGreta Thunberg, in her own words, at the Montreal climate march
Why activists want to make ecocide a crime against humanity
Gilbert, now ahead of Tomczak, weaves from side to side in the horde of people. She's taking in the crowd, people-watching. Whenever the crowd stops chanting, Gilbert confers with her friends Tethong and Robinson about what might be another good chant. ("Who let the carbon out? You! You! You!")

She says this won't be the last protest she attends. She wants change. She may not be able to vote yet, but she's doing what she can to ensure her voice — and that of a generation that potentially faces a dangerously changing world — is heard.

PHOTOSHundreds of thousands march in Canada for climate
And she has words for those who criticize this generation's call to action.

"They're underestimating children," Gilbert says. "As far as our opinions and how much we might know and understand." CBC