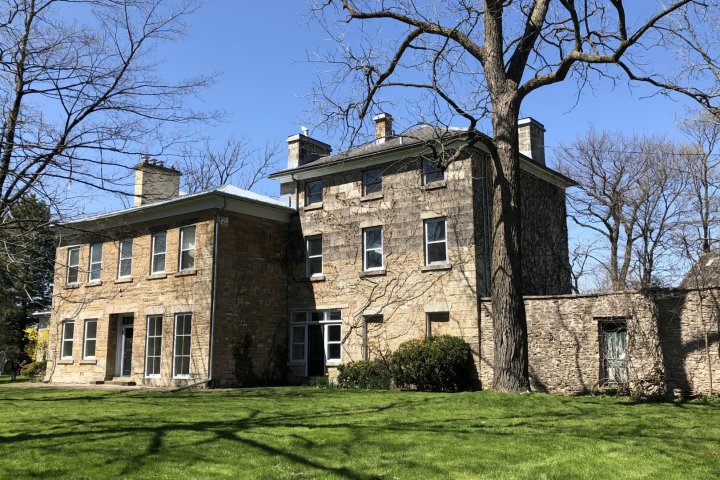 A heritage property on Hamilton’s Mountain brow will finally be getting some much-needed restoration work, now that it has a new caretaker.

On Friday, the City of Hamilton officially handed the keys for the Chedoke Estate over to Christian think tank Cardus, which has received approval for its 200-page conservation plan for the property on Balfour Drive.

The Ontario Heritage Trust owns the estate, which was built in 1836, but the city has been managing it under an agreement that is set to expire in 2039.

Starting this month, Cardus will be leasing the property for the next 17 years and is making a “multi-million-dollar investment” in its restoration and maintenance.

“We’ve had an ongoing process in terms of working out the council-approved agreements that would actually make this happen,” outgoing Hamilton mayor Fred Eisenberger said during Friday’s announcement. “So I’m delighted that this is going to be a more accessible, more functional, more usable space.”

Cardus president and CEO Michael Van Pelt said the organization will be starting to work within the building as early as next year, although he acknowledges that getting construction started on renovations may be delayed by supply chain issues.

Despite that, he said he’s optimistic it will soon become a building that the community will be able to enjoy.

“We need to honour our heritage infrastructure in the city. Right now, that’s not happening here to the extent it should. As of today, it’s starting to happen.”

Cardus is required to do at least four “significant public-facing events” per year under its lease agreement with the city and that will include the annual Doors Open Hamilton event.

“(They’d) never seen the place before. They loved it, it was spectacular. And we’re going to obviously carry on that tradition. I just get excited about thinking about the next Doors Open…. It’s going to be a little bit of a different kind of look.”

Discussions about the city entering into an agreement with Cardus were fraught with concerns from a couple of councillors, as well as some community organizations, about the group’s views on certain equity issues.

When asked by a reporter about those concerns, Van Pelt said there is “no one in this country” who would not be welcome in Chedoke Estate while Cardus is operating it.

“I think the question you’re really asking is what kind of country are we wanting to be — are we wanting a country where there is diversity of thinking, there’s welcoming of different religious thoughts and traditions in this country? And 100 per cent, yes.”

“Once our construction period is done, then we actually will be the welcoming place for visitors from here on in,” he added. “That’s never happened here. That will happen now. And there is no one who’s not welcome.”