Canadian MPs will continue hybrid sittings of Parliament until next year 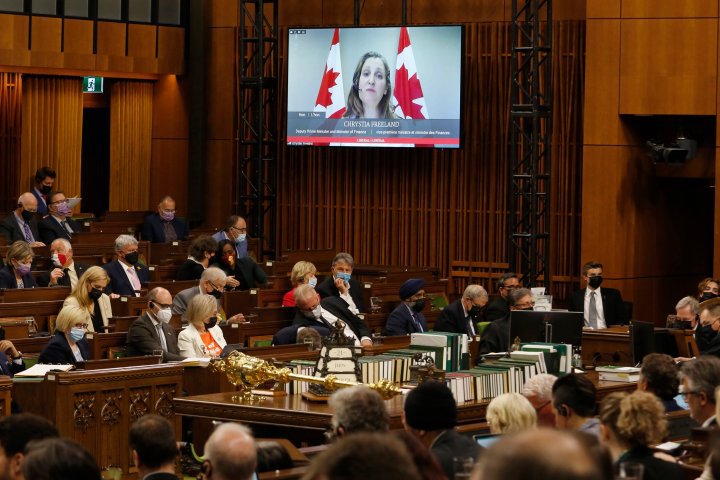 A majority of members of Parliament have voted in favour of continuing hybrid sittings in the House of Commons until June 2023.

The motion put forward by government House leader passed with the support of NDP and Green members by a count of 177-144.

Hybrid sittings allow MPs to attend and participate in debate virtually as long as they are in Canada.

The Conservatives argued against continuing the practice, which was brought into place for the COVID-19 pandemic, saying that other Canadians have returned to the workplace and that Parliament should be no different.

The Liberals say it’s important to allow MPs the flexibility to participate in House proceedings even if they’re sick, or unable to attend in person.

In a press conference announcing the motion, Mark Holland said “we’re still in a pandemic reality.”