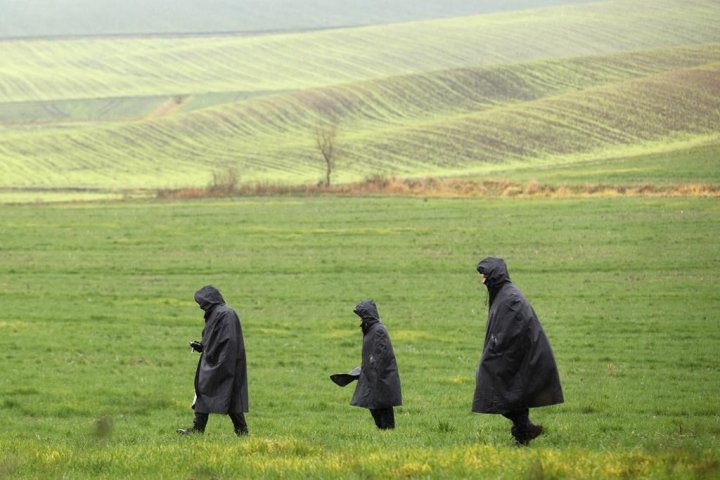 Canada has offered to support an ongoing investigation into a missile that struck NATO member Poland this week, prompting concerns of an escalation in the the Russia-Ukraine conflict.

Defence Minister Anita Anand confirmed Canada’s offer of support while speaking to reporters on Wednesday, after meeting with NATO counterparts earlier in the day.

“We discussed the situation in Poland. There is an investigation occurring now, and it would not be prudent for me to discuss the results of that investigation, because they have not been released at this time,” Anand said.

“I will say that Canada has offered to support that investigation.”

The missile struck Polish farmland on Tuesday, killing two people. According to the preliminary evidence there is “absolutely nothing to suggest that it was an intentional attack on Poland,” Polish President Andrzej Duda said Wednesday.

“Ukraine’s defence was launching their missiles in various directions and it is highly probable that one of these missiles unfortunately fell on Polish territory,” Duda said.

NATO Secretary-General Jens Stoltenberg, at a meeting of the 30-nation military alliance in Brussels, echoed the preliminary Polish findings, saying: “We have no indication that this was the result of a deliberate attack.”

When results of Poland’s investigation into the strike emerge, Anand said Canada “will analyze them.” The findings should be available “in the short term,” she added, but offered no specifics in terms of a timeline.

The missile strike prompted swift expressions of concern around the world due to Poland’s NATO membership and the implications that a strike by a Russian missile could have had under the military alliance’s collective defence principle.

Meanwhile, Stoltenberg and others have laid overall but not specific blame for the strike on Russian President Vladimir Putin.

Before the Polish and NATO assessments, U.S. President Joe Biden had said it was “unlikely” that Russia fired the missile but added: “I’m going to make sure we find out exactly what happened.”

According to Reuters, three U.S. officials said preliminary assessments suggested the missile was fired by Ukrainian forces at an incoming Russian one. The officials spoke on condition of anonymity because they weren’t authorized to discuss the matter publicly.

When asked about these reports, Anand reiterated that subject matter experts are currently engaged in an “active investigation.”

“We need to be prudent in terms of not jumping to conclusions before the results of that report come back, and that’s exactly what Canada is doing,” she said.

“Canada is supporting the investigation.”

In the meantime, Anand said Canada continues to stand firmly behind Ukraine.

“We will continue to be with Ukraine in the short and the long term,” she said.

“Because this is an unjustifiable and illegal war exacted by Vladimir Putin.”

— With files from Reuters