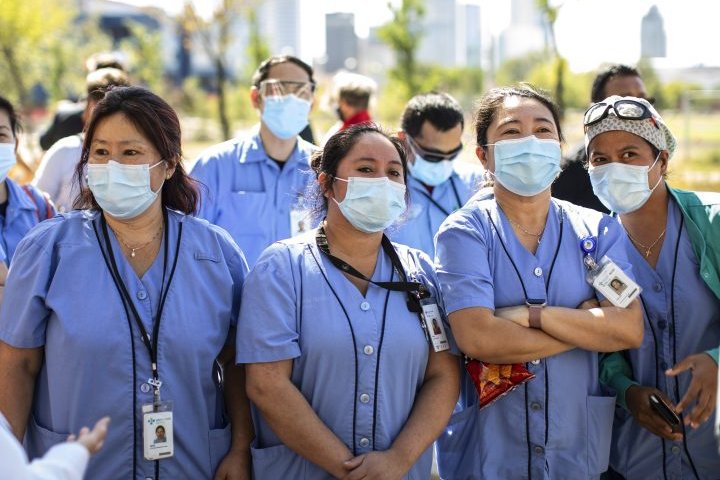 Canada is now allowing foreign workers in 16 new occupations to apply for permanent residence, as the federal government looks to boost immigration to tackle labour shortages across the country.

In a statement on Wednesday, the immigration department said the new categories will build on plans to bring in global talent in high-demand sectors like health care, construction, and transportation.

“We are using all of the tools at our disposal to tackle labour shortages, particularly in key sectors like health care, construction, and transportation,” said Immigration Minister Sean Fraser in a statement.

“These changes will support Canadians in need of these services, and they will support employers by providing them with a more robust workforce who we can depend on to drive our economy forward into a prosperous future.”

The announcement comes as Canada has raised its immigration targets, with the goal of welcoming 1.45 million new immigrants over the next three years.

Out of these, 848,595 people will come under different economic streams for skilled workers to help industries struggling with acute labour shortages, according to the government.

The move has been widely welcomed by human resources experts and industries who say this will benefit the economy, but a more strategic and skills-based approach is needed without delays.

“If we’re really going to bring in skilled workers, we need to let them start working immediately,” said Sherri Rabinovitch, an HR expert in Montreal, in an interview Monday.

“We need to expedite the process and we need to get them integrated into the workplace as soon as possible,” she told Global News.

In an effort to fill labour gaps, Ottawa has temporarily lifted a cap of 20 working hours per week for international students in Canada.

Immigrants make up nearly a quarter of all people in Canada, according to the latest 2021 census data.

Immigration accounts for 90 per cent of Canada’s labour force growth and approximately 75 per cent of population growth, according to Immigration, Refugees and Citizenship Canada (IRCC).