Canada is drowning in plastic waste — and recycling won't save us

For the first 50 years after plastic was invented, the idea of only using the long-lasting material once was blasphemous, an affront to values of frugality honed over years of war and economic strife.

Then, in the late 1950s, the plastics industry launched a massive marketing campaign — and single-use plastic was born.

“The happy day has arrived when nobody any longer considers plastic packages too good to throw away,” Lloyd Stouffer said at the 1963 U.S. National Plastic Conference. Stouffer was a U.S. plastics marketing guru and the man who, in 1956, first pitched the idea that a virtually indestructible material — plastic — should be sold as disposable.

Since then, about 8.3 billion tonnes have been produced; most has been thrown out. Landfills are stuffed. Oceans and the animals in them are choked. Plastic particles are even showing up in human placentas, with unknown health impacts.

Plastic is everywhere: Manhattan, the Marianas Trench, even Mars. 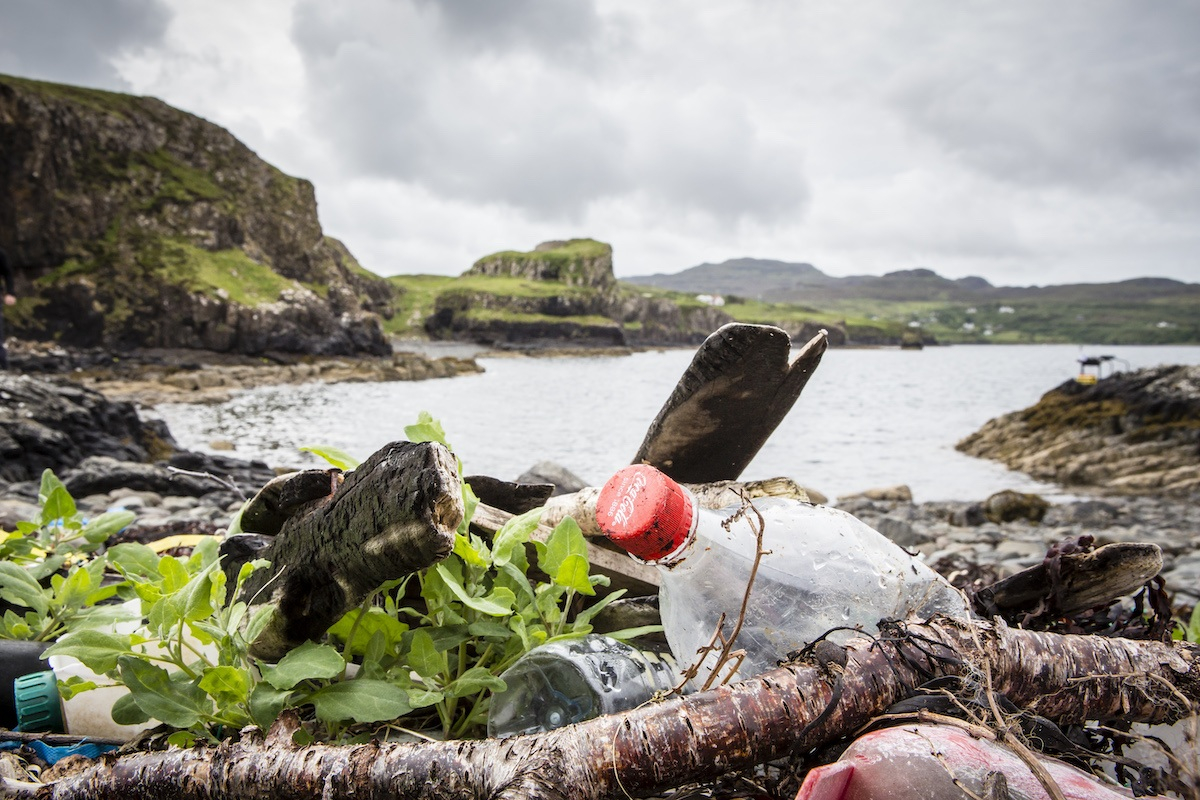 Faced with this ecological crisis, dozens of Canadian municipalities and provinces have joined a growing global movement against plastic pollution. They have introduced bans and crafted new waste management legislation to try to control the problem.

Recently, the federal government jumped in, announcing plans for a national waste strategy that would list plastics as toxic under Schedule 1 of the Canadian Environmental Protection Act (CEPA) and a ban on some single-use plastics. Most importantly, the plan calls for a new “circular economy” that would rely on massively scaling up existing recycling facilities and still-nascent recycling technologies to keep disposable plastic ubiquitous in our daily lives.

But can recycling really save us?

“Any material in the world can be recycled — if you separate it, prepare it and pay enough money to put it through the (recycling) process. The question is, is there a market for it? That’s what drives recycling,” says Samantha MacBride, an expert in solid waste management and a professor of urban environmental studies at the Marxe School of Public Affairs at Baruch College of CUNY in New York City.

“It’s a great industry — it provides jobs, it makes use of what’s around — but it doesn’t have anything directly to do with improving the environment.”

Canadians dispose of about 3.3 million tonnes of plastic each year, according to a 2019 study commissioned by Environment and Climate Change Canada (ECCC), almost half of which is packaging. Well over three-quarters currently goes to landfills, a small proportion is incinerated and about one per cent ends up directly in the environment. 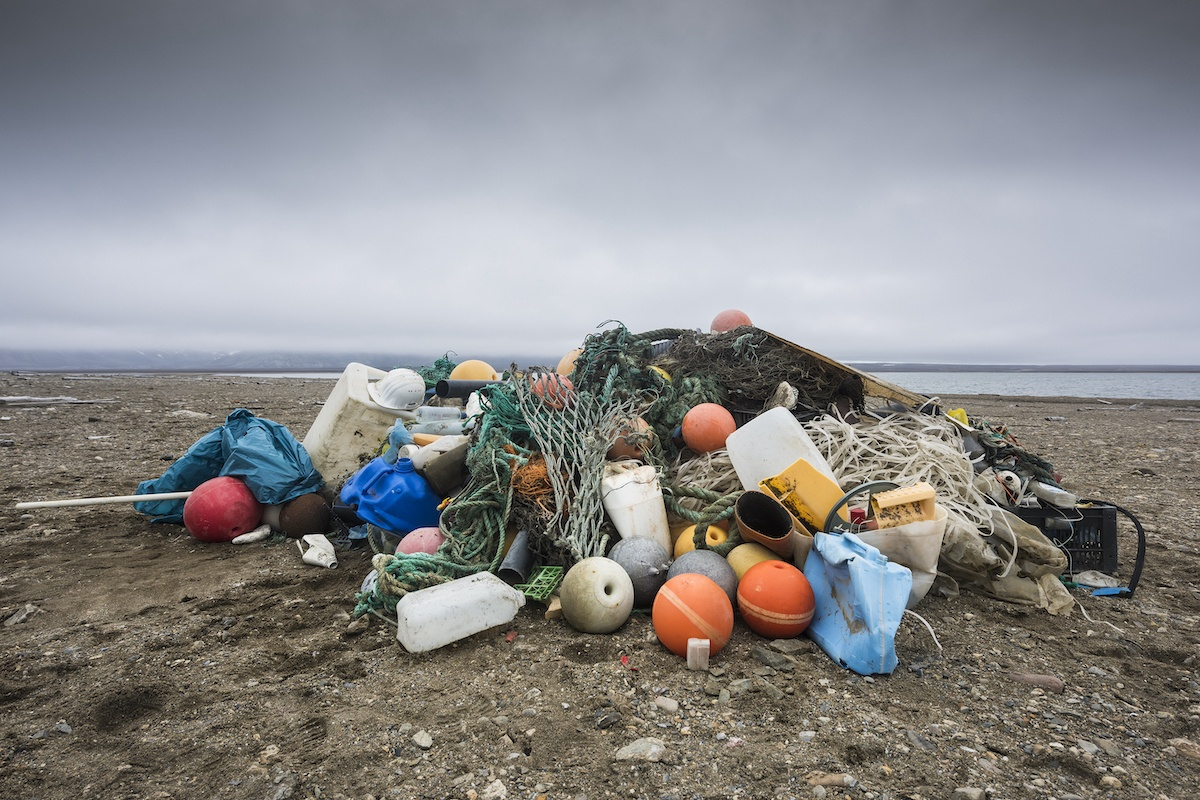 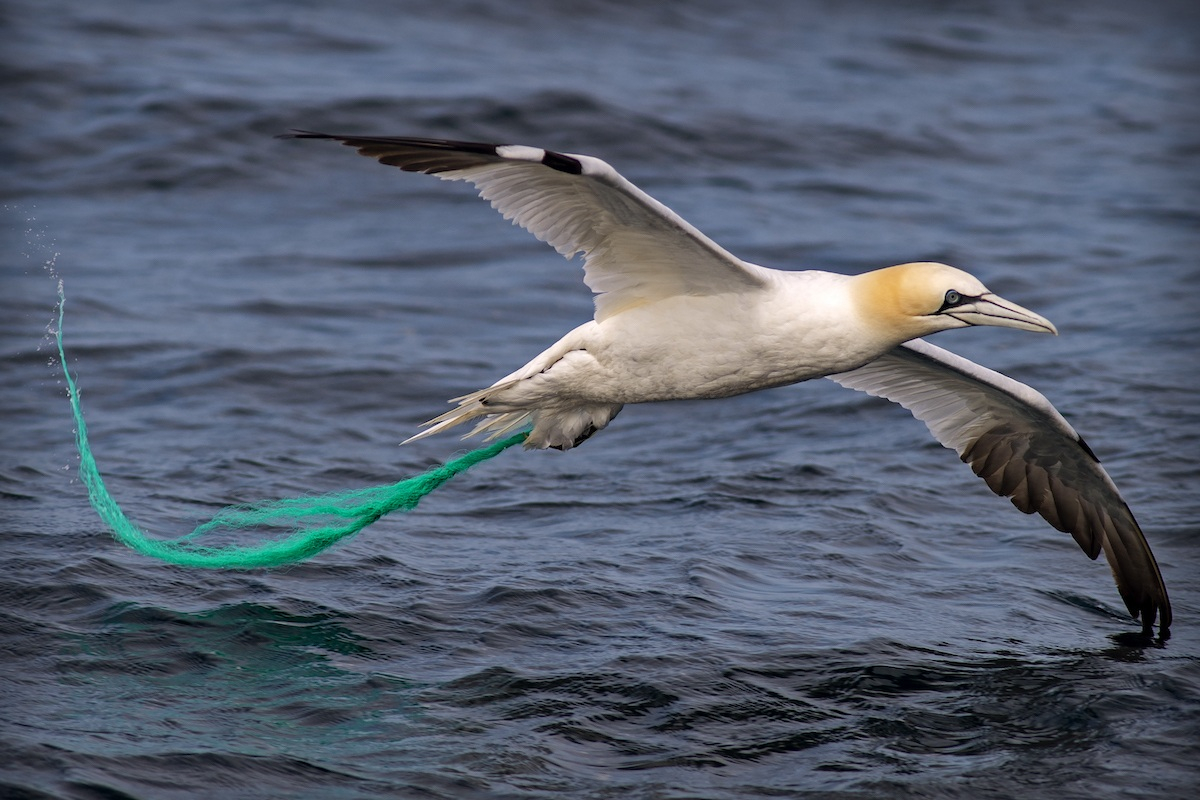 That’s no surprise. Low oil prices make it difficult for plastic recyclers, who must invest in expensive sorting and processing facilities, to compete against already established petrochemical manufacturers, whose facilities are well integrated with the oil and gas industry. It’s cheaper to make plastic from so-called “virgin oil” and put the waste in landfills than it is to recycle old plastics into new products.

Oil and natural gas producers are betting heavily on continued growth in virgin plastic production, with the industry expected to soon account for between 45 and 95 per cent of global growth in demand for oil and natural gas, according to a September report by the Carbon Tracker Initiative.

How tech barriers stand in the way of recycling
Beyond economics, recycled plastic production is hindered by available technology. Mechanical recycling, a method where plastics are sorted and shredded before being melted down into pellets to make new products, is by far the most common form of recycling in Canada. For the process to be effective, however, the stream of plastics entering the recycling facility needs to be clean and well sorted — a requirement that is difficult to meet.

The variety of plastics on the market adds to the challenge: There are over a dozen types, each with different melting points and manufacturing requirements. Many are also incorporated into different parts of the same consumer product, which makes sorting difficult or impossible.

Dyes and other (sometimes poisonous) additives, like plasticizers and fire retardants, further complicate the process and diminish the recycled product’s final quality. With the exception of easy-to-sort, single-use bottles like those used for water or pop, few mechanically recycled plastics can be reused to hold food, according to a December 2020 report by Greenpeace Canada.

There is some promise in a suite of new recycling technologies, collectively called “advanced" or "chemical" recycling, which break plastics down into their molecular components so they can be remade into like-new products. Proponents are optimistic the new methods will be cleaner and more efficient, but observers have doubts. They also face substantial market challenges in Canada, pushing some to advance business ventures in Europe, where regulations forcing plastic manufacturers to use recycled plastic in their products make investments in the technology financially viable. Similar regulations are included in the federal government's planned plastic regulations, first announced in October.

Shifting responsibility
Regardless, the claim that recycling is the panacea for plastic pollution has been promoted for decades by the plastics industry and its allies, says Max Liboiron, professor of geography at Memorial University and director of the CLEAR laboratory on plastic pollution.

"Recycling was formalized and launched in 1970 on Earth Day … by the Container Corporation of America, which had sponsored a design competition for the now-universal recycling symbol," explains Liboiron. Industry’s hope was that recycling would assuage growing concerns among Americans (and Canadians) about the environmental and aesthetic impact of pollution, including from disposable plastic.

Global plastic production skyrocketed after 1950, increasing more than tenfold to reach about 35 million tonnes by 1970. Very little of it was recycled, and plastic soon infiltrated every facet of society, from grocery stores to hospitals.

For instance, blue surgical masks — hallmarks of the COVID-19 pandemic — were aggressively sold to hospitals in the 1960s to replace reusable cotton masks. The shift to this "total disposable system" was sold as a way to reduce hospital labour and infrastructure costs, despite evidence well-made cotton masks might work better, a 2020 article in The Lancet notes.

Stouffer, the marketing guru, was delighted: “You are filling trash cans, the rubbish dumps, the incinerators with literally billions of plastic bottles, plastic jugs, plastic tubs, skin and blister packs, plastic bags and films and sheet packages — and now, even plastic cans,” he boasted to industry leaders in 1963.

But disposability soon fell under attack. Farmers, environmentalists and others infuriated by roadside litter began to point fingers at the plastic industry. Recycling was the manufacturers’ retort — a front that allowed them to shift responsibility for plastic waste onto consumers instead of cutting back on production and profits, explains Liboiron. 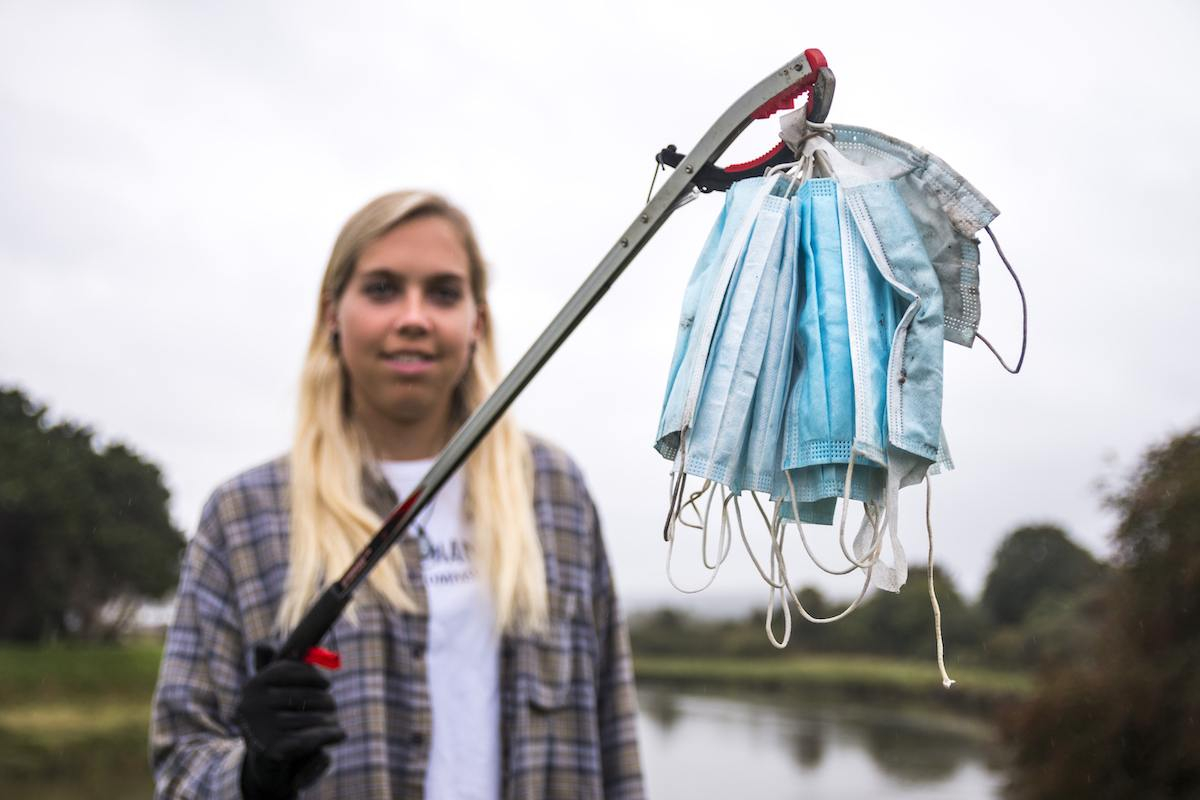 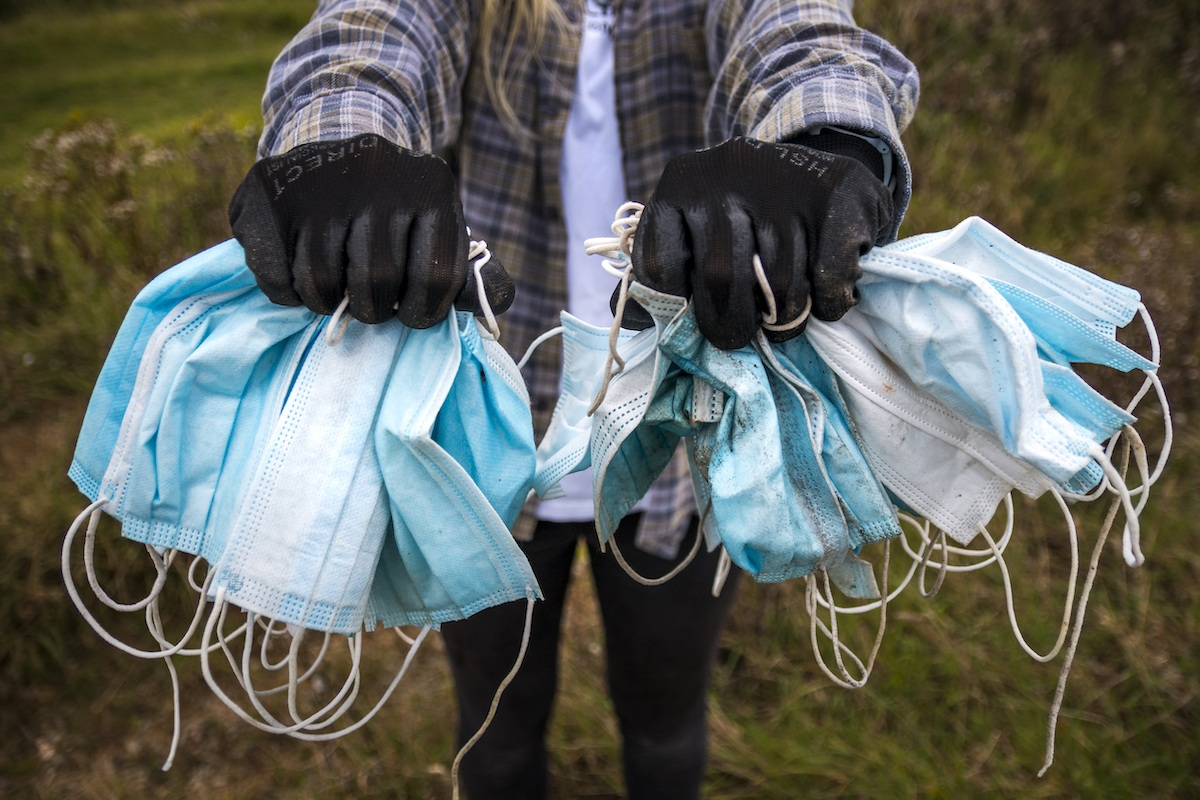 Canadians quickly followed the trend. That storyline remains evident even now. The majority of plastic waste in Canada comes from businesses, institutions and industry, yet most provincial or regional waste management regimes focus on collecting plastic waste from homes.

And activism against all pollution, including plastic, evolved quite differently in other parts of the world, Liboiron points out. For example, Maori land guardians in New Zealand have linked plastic pollution to land and food sovereignty issues and are working to move people towards relying on local, unpackaged food sources, they say.

Hanging onto the recycling myth
Still, in Ottawa today, the idea that recycling is salvation remains prominent, both in the federal government’s plastics plan and on the lips of industry lobbyists.

“Industry agrees that we have a plastic waste matter that needs to be addressed,” says Elena Mantagaris, vice-president for the plastics division of the Chemistry Industry Association of Canada (CIAC), the country’s leading plastics industry lobbying group. “But we believe that it’s not the use of plastics that’s the issue — it’s the end-of-life management.”

The organization has pushed the Trudeau government to refrain from listing plastics as "toxic" under CEPA, a key part of the federal plan to reduce plastic waste announced last October. Instead, the CIAC wants the federal government to co-ordinate a national plastic waste management regime. Other industry groups and companies have also been advocating for a similar approach.

Waste management currently falls under provincial jurisdiction and recycling programs are managed by municipalities, creating a patchwork of rules around what can — and can't — be recycled in the country. 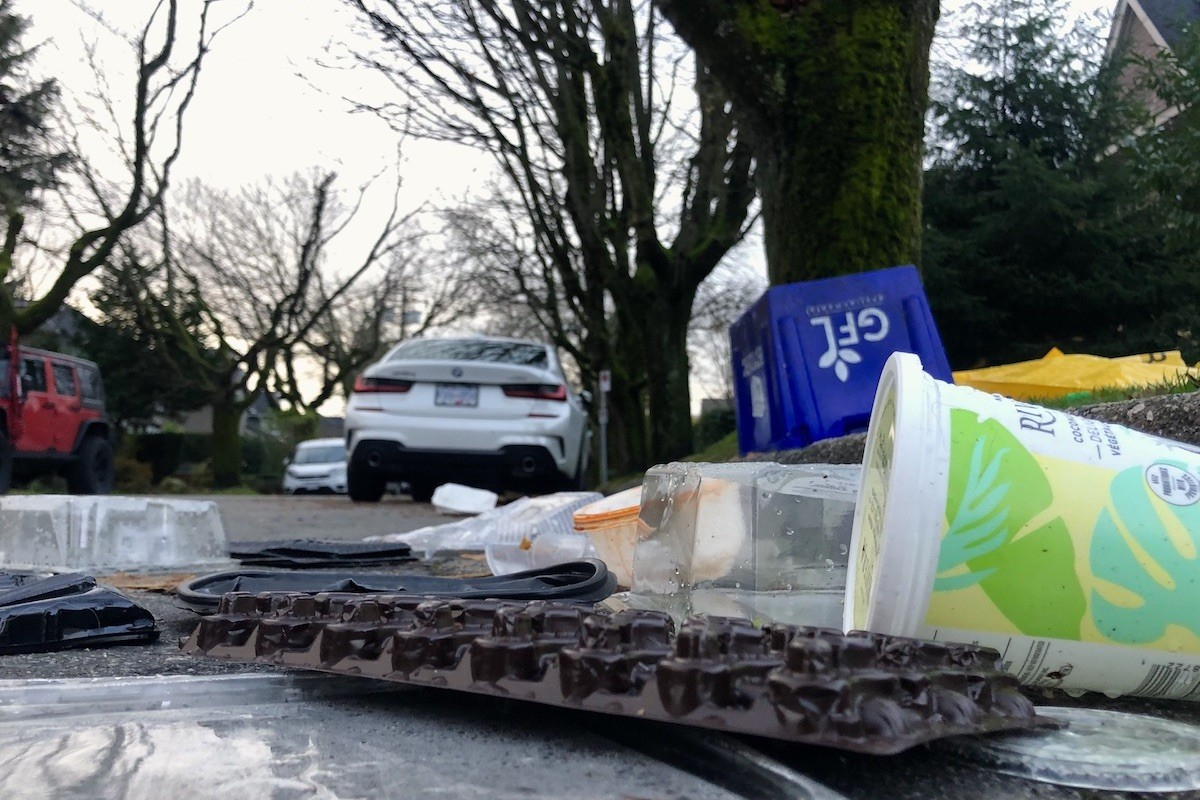 That's confusing for Canadians putting their trash in the sorting bin and makes it tricky for industry to develop easy-to-recycle products, including packaging. Some municipal sorting facilities can accept most plastic types; others can't. The lack of a co-ordinated waste stream reduces the amount of well-sorted, high-quality raw plastic available to recycling companies. As a result, lower-quality and badly sorted plastics usually end up in landfills or might be sent overseas via the U.S.

“Instead of having (thousands) of different recycling programs, get one,” says Mantagaris. She points to the concept of extended producer responsibility (EPR) as the solution. EPR programs force plastic producers to fund and operate recycling systems for their products.

Theoretically, transferring fiscal responsibility for recycling to producers incentivizes them to become more efficient, create products that are easier to recycle and invest in innovative recycling technology.

Ontario, Quebec and New Brunswick are planning to implement EPR programs. However, environmentalists point out that B.C., which has the country’s most advanced EPR, still has a poor recycling record. In 2019, only about 46 per cent of plastic packaging was recovered, the program’s most recent annual report stated.

The December report by Greenpeace pointed out half of B.C.’s waste ends up in landfills, incinerators or the environment. And researchers at Memorial University found the B.C. program has had almost no impact on the volume of waste found on the province’s shoreline. 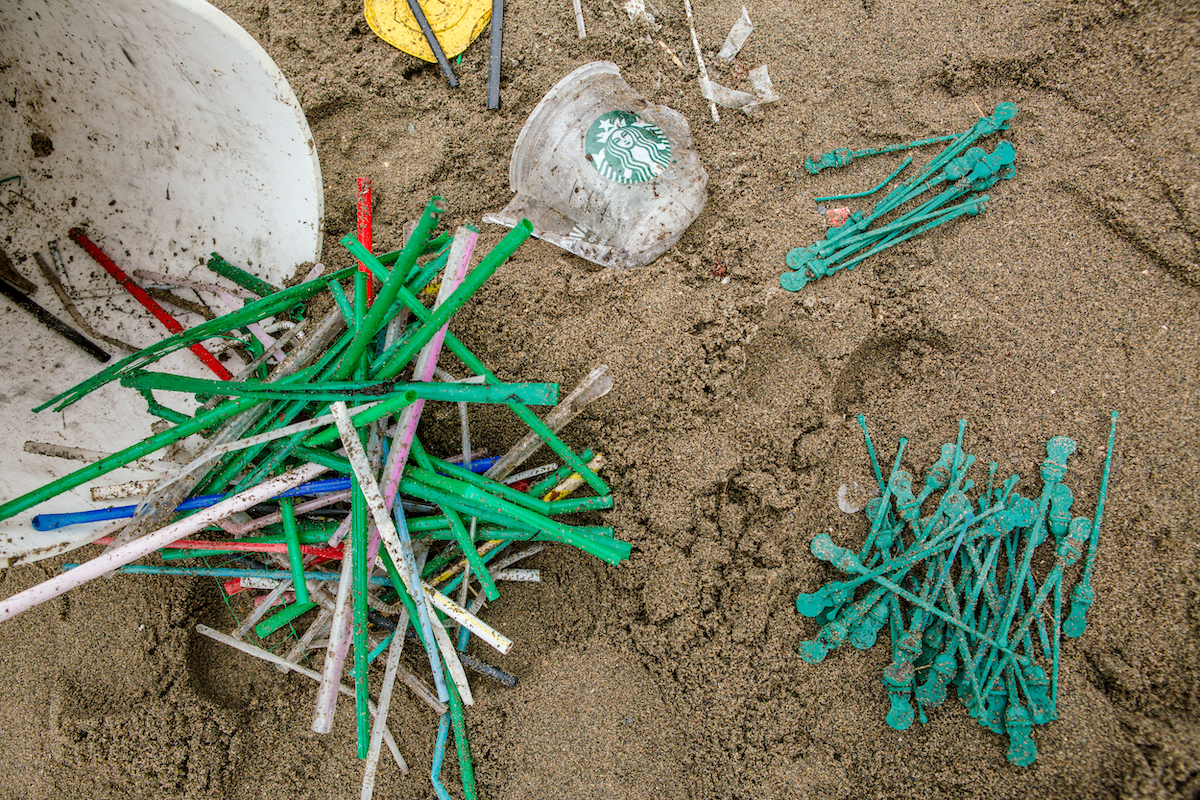 That is particularly concerning because ocean plastic pollution is among the factors driving the government's decision to regulate plastic. In 2018, the Trudeau government committed to the international Oceans Plastic Charter, an informal agreement to drastically reduce plastic pollution while increasing the amount of recycled plastic on the market. And while the proposed plan aims to meet these international targets, actually achieving them without cutting back on how much plastic Canadians use will be a struggle, environmentalists say.

To meet the charter’s goals, mechanical recycling facilities, which currently handle about seven per cent of the country’s plastic waste, would need to roughly triple capacity by 2030. Canada’s chemical recycling rate would need to skyrocket from one per cent to 36 per cent. And even then, recycling could only take care of 62 per cent of the country’s plastic waste. The remainder would end up in incinerators, landfills or the environment, the 2019 ECCC-commissioned report projects.

“The direction we should be heading is drastically reducing the amount of plastic coursing through our economies,” she says.

That doesn’t mean getting rid of plastic entirely — it is necessary for some products like medical devices, she says. Rather, MacBride would like to see a systemic change to our throwaway culture.

That's particularly important because ridding the world of the plastic we've already created is almost impossible, Liboiron points out.

"Plastic can’t be contained," they say. “It’s one of the most durable things in the world. It’ll last epochs” — which means reducing how much we produce is key to keeping it out of the environment.

When consulted as an expert during the federal policy’s initial drafting phase, they recommended ending subsidies for the oil and petrochemical industry to slow plastic production. According to the December Greenpeace report, those subsidies have topped $334 million to virgin oil plastic producers alone since 2017. Canada's oil and gas industries, for their part, receive about $4.8 billion annually in public subsidies noted a December 2020 analysis by the International Institute for Sustainable Development.

Still, cutting back production is only half the solution, they say. Canadian policy-makers need to take a holistic look at how Canadians eat, move and otherwise inhabit the world — then develop locally tailored systems that make it possible to live well without disposable plastic.

"There are people alive (who) have memories of before there was disposable packaging,” they note. “They ate things. They were OK.”nationalobserver