Canada has opened its doors for war-ravaged Ukrainians. Does it have the capacity? 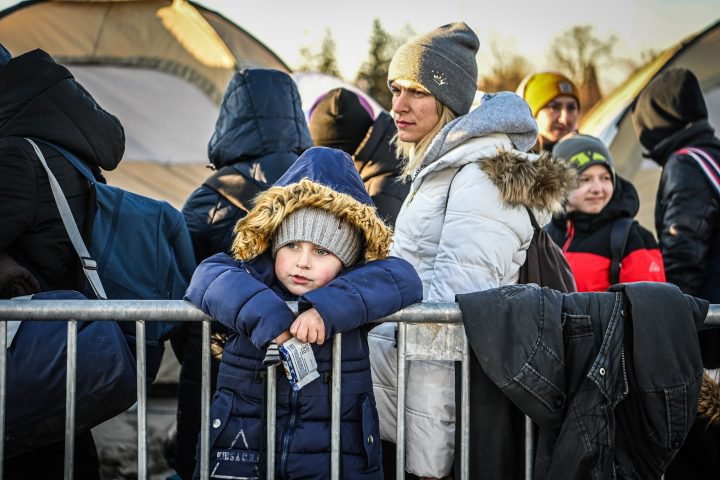 As the humanitarian crisis worsens in war-ravaged Ukraine, Canada is bracing for an influx of Ukrainians in the midst of Russia’s invasion of their country.

More than 2.5 million people — mostly women and children — have already fled Ukraine since the start of the conflict on Feb. 24, with neighbouring countries in eastern Europe opening their doors to welcome the displaced civilians.

The Canadian government has launched two special programs to assist Ukrainian nationals to come to Canada on a temporary or permanent basis, but there are several logistical details to be ironed out.

Under the Canada-Ukraine Authorization for Emergency Travel program announced by the Immigration, Refugees and Citizenship Canada (IRCC), Ukrainians can stay in the country for at least two years. There is no limit on the number of people who are eligible to apply.

Canada is also implementing a special family reunification sponsorship program for permanent residency. The details will be announced in the “coming weeks”, said Rémi Larivière, an IRCC spokesperson.

Settlement agencies in Canada are waiting to get more clarity from the government about the post-arrival process for incoming Ukrainians and the role they will be expected to play.

Chris Friesen, chair of the Canadian Immigrant Settlement Sector Alliance, said not having a defined target in terms of the number of arrivals, or a timeframe, “makes it nearly impossible to plan adequately.”

“It makes it really difficult to put out a call for action with clear goals that match and meet the levels that are anticipated arriving,” he told Global News.

“For us to be ready to receive Ukrainians in our communities across Canada, we need to ensure that we have the capacity to respond effectively,” Friesen added.

Ihor Michalchyshyn, executive director of the Ukrainian Canadian Congress, echoed that concern. It’s going to be “a really complex challenge to match people up with what’s been offered.”

“We don’t know the scale of what’s coming,” he said.

In addition to the new immigration streams announced on Mar. 3, the federal government is issuing open work permits to Ukrainian visitors, workers and students currently in Canada. It is also prioritizing the renewal of work and study permits for Ukrainians in the country.

When concern was mounting about a potential invasion of Ukraine by Russia, Canada began preparing for an influx of applicants, said Immigration Minister Sean Fraser during a press conference last month.

Since January, more than 7,000 Ukrainian nationals have arrived in Canada, according to the latest figures shared by IRCC with Global News this week.

Non-profit organizations, employers and communities across the country are stepping up to offer their support.

Michalchyshyn said thousands of people have reached out to the UCC offering accommodations, jobs, medical care, personal services and childcare.

As Canada grapples with a shortage of affordable housing, lodging will be a key challenge for the new arrivals, he said.

Healthcare is another urgent need that will require immediate attention as many will be traumatized from the conflict or are suffering from other health conditions, he said.

Igor agreed, saying it is important for the government to recognize that these are war-affected people.

“There’s certainly a level of trauma they’ve experienced already and will be experiencing going forward, so we believe that there need to be sufficient supports to welcome them upon arrival, help them get oriented here and to of course, connect with the community,” he said.

Since the federal government has not officially announced a refugee program for Ukrainians, that could mean Canadians will not have the opportunity to submit applications for private refugee sponsorship — the case with the Afghan special initiative, said Friesen.

According to the IRCC, all Ukrainians who come to Canada as part of these new immigration programs will be eligible to apply for open work permits.

“In our conversations with the Ukrainian community, we heard that many people wanted to come to Canada temporarily, not as refugees, while the situation unfolds and then return home,” said IRCC’s Larivière.

However, temporary residence means those Ukrainians will not be eligible for the government of Canada’s settlement programs, which include language classes, employment assistance and training programs, said Friesen.

“The federal and provincial government need to really sort this out so that Ukrainians don’t fall through the cracks”.

A fundraising campaign by the Ukrainian Canadian Congress and the Canada-Ukraine Foundation has collected more than $2 million as of this week. That money has been used to deliver aid to affected families in Ukraine and bordering countries.

Michalchyshyn urged Canadians to be generous with their donations and keep an eye out for the needs that will be emerging in the weeks and months ahead to make the transition easy for incoming Ukrainians.

“We have to, as Canadians react to what will be coming and we’re hoping that the community will play a role in that,” he said.