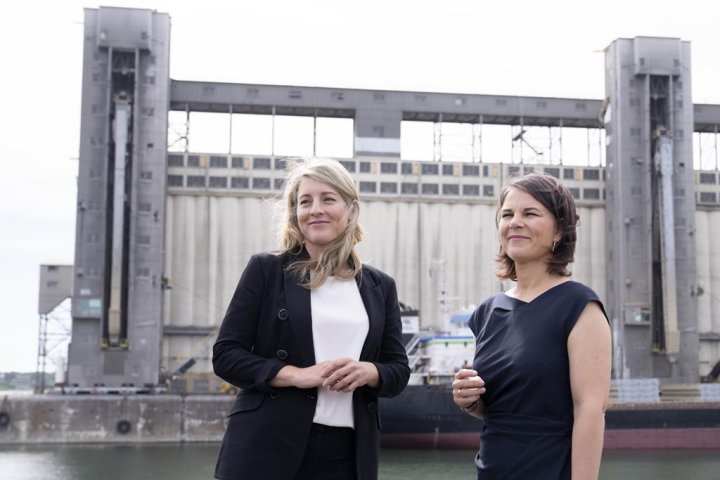 The foreign ministers of Canada and Germany say Canada’s decision to send parts of a Russian natural gas pipeline back to Europe has revealed President Vladimir Putin’s dishonesty.

The ministers met in Montreal today amid a dispute involving the Nord Stream 1 natural gas pipeline, which runs under the Baltic Sea from Russia to Germany.

Canada Foreign Affairs Minister Melanie Joly says the return of the turbine to Europe “calls Putin’s bluff” as he wages war in Ukraine.

The Liberal government drew criticism for granting Siemens Energy an exemption on sanctions against Russia and allowing the turbine – which had been in Montreal for repairs – to return to Germany and then eventually to Russia for installation in the pipeline.

Since the decision to ship back the turbine, Russia reduced natural gas supplies through the Nord Stream 1 pipeline to Germany to 20 per cent.

Joly and German Foreign Minister Annalena Baerbock told reporters that with the turbine back in Europe, Putin has no excuse not to allow the part to be reinstalled.

Joly and Baerbock say the fact that Putin has reduced gas supplies through the pipeline, even though the turbine was returned, shows he is using energy as a weapon of war.

— With files from The Associated Press.