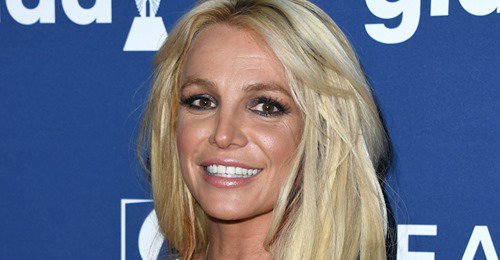 The #FreeBritney movement has been picking up solid steam ever since the New York Times documentary on Britney Spears’ conservatorship, Framing Britney Spears, dropped last week. And now the pop singer’s supporters have something to celebrate: father Jamie Spears has lost his objection to the new co-conservator.

On February 11 Jamie Spears was denied his bid to become the sole person to have control over his daughter’s investments, after L.A. Superior Court judge Brenda Penny added Bessemer Trust as a co-conservator last year. That move came after Britney petitioned to remove her father as sole conservator and replace him with a financial institution. Brit’s requests were denied at the time, but this arrangement seemed to be something of a middle ground.

Jamie’s legal team went on to argue that he should not have to give up the rights and powers that were previously granted to him now that he has been told to work with Bessemer Trust, saying that the proposed order from Britney’s legal team was unclear and ambiguous. With Jamie’s objection denied it’s unclear what details of the formal co-conservatorship will look like, but that may be explored at the upcoming conservatorship hearings scheduled to take place on March 17 and April 27.

“It’s no secret that my client does not want her father as co-conservator, but we recognize that removal is a separate issue,” the singer’s court-appointed lawyer, Samuel Ingham, said in a statement following the latest decision. His comments seemed to be in reference to the trial last November, when Spears revealed that she fears her father and refuses to perform again until he is no longer in control of her career. Jamie’s legal team (which is technically paid for by Britney’s estate) argued that her statements were inadmissible hearsay.

Since the Framing Britney Spears documentary aired, support has been building for the singer from fans and fellow celebrities alike. The hour-long project takes a deep dive into the events that led to Spears being placed into a conservatorship of her being and finances back in 2008. Those events included severe stalking from paparazzi, an emotional custody battle over her children, and her separation from Kevin Federline. The doc also explored Britney’s relationship with her father, with several subjects claiming that Jamie was never really present during the singer’s rise to fame, and that when he was it was to talk about how she would make him a lot of money one day. (No one from the family participated in the documentary.)

The doc also tackles the bigger issues of misogyny in Hollywood while pointing out all the ways in which the culture has traditionally treated young female stars. It also further opens up the conversation for mental health, which wasn’t really present when Spears was at the height of her fame. Some have since argued that had Britney not paid the price she did, mental health awareness would not have come this far.

Britney did not participate in the hearing on February 11. The singer has not performed or done any media since taking a hiatus in early 2019 following her successful Vegas residency tour. At the time the singer had been expected to announce another residency, but instead during the planned announcement she simply walked away from the stage.

“I’ll always love being on stage .... but I am taking the time to learn and be a normal person,” Spears wrote in an Instagram post earlier this week. “I love simply enjoying the basics of every day life !!!! Each person has their story and their take on other people’s stories !!!! We all have so many different bright beautiful lives!!! Remember, no matter what we think we know about a person's life it is nothing compared to the actual person living behind the lens.”