B.C. politician breaks silence: China detained me, is interfering ‘in our democracy’ 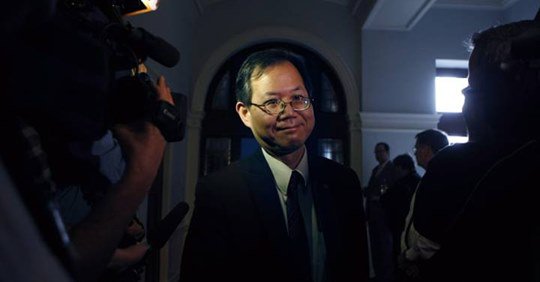 Canada's leadership has been disturbingly silent on the struggle Hong Kong's citizens have endured trying to retain their promised democracy and freedom.

Recently, a Chinese defector to Australia detailed political interference by Beijing and an Australian businessman was just found dead after telling the authorities about a Chinese plot to install him in Parliament. Suspicious men are following critics of Beijing in major Australian cities.

Back in Canada, Huawei wants to install our 5G network. ALL our allies are firmly warning us that this is a massive national security risk. Two Canadians are being held hostage in China right now in an attempt to bully us into submission.

Naivete that there can be any kind of fair, free trade with actual rules of conduct with China right now is incredibly dangerous to our national security and sovereignty. Wake up, Ottawa. Stop listening to greedy billionaires who don't care about human rights.

"China’s interference in Canadian society has increased in myriad ways, including aggressive attempts to influence our political system and elected leaders, control Chinese-Canadian immigrants, and silence all criticism of Beijing’s policies." globalnews