B.C. beekeepers and residents asked to keep lookout after discovery of another Asian giant hornet 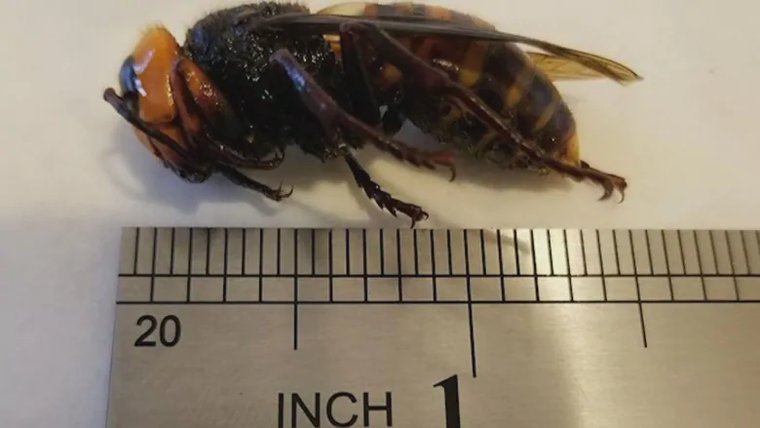 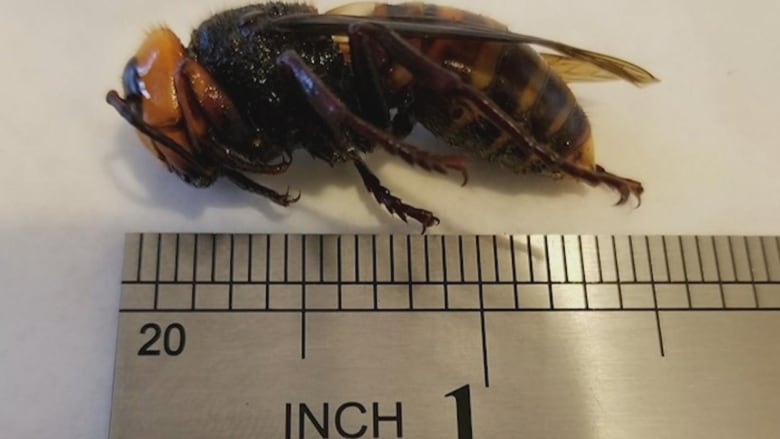 A single "murder hornet" was found in Abbotsford, B.C., on Monday and residents and beekeepers are advised to keep on the lookout for more.

The Asian giant hornet — Vespa mandarinia, also nicknamed the murder hornet — was found in the 7000-block of Bradner Road, a rural area with many farms located between the Fraser River and Highway 1.

The discovery was announced by the Ministry of Agriculture in a Tuesday statement.

The ministry said sightings can be reported to the Invasive Species Council of B.C. at 1-888-933-3722, online, or on the council's Report Invasives mobile phone app.

Some Asian giant hornets turned up in the province and in Washington state in the fall of 2019. Another was found in Langley, B.C., this spring.

No nests have yet been discovered in the Lower Mainland, the ministry said, but one was found and destroyed in Nanaimo, B.C., in September 2019.

The Asian giant hornet is considered a harmful invasive species that preys on pollinators like honey bees and can wipe out their colonies.

The hornets can reach up to five centimetres in length with a wingspan of four to seven centimetres and are normally found in China, Japan, Thailand and other Asian countries.

The ministry said the hornet's sting injects a large amount of venom and can be very painful. It may cause swelling, redness and itching.

85 live 'murder hornets' captured from tree near Canada-U.S. border
First 'murder hornet' nest in U.S. located near B.C.'s southern border
What you need to know about B.C.'s so-called murder hornets
"However, the hornets are not interested in humans, pets and large animals," the ministry said. "Asian giant hornets hunt insects for food and will only attack people when their nest is disturbed."

Provincial apiarist Paul van Westendorp told CBC Radio's The Early Edition in August that if you accidentally disturb a nest the best thing to do is run and hide in cover such as shrubbery.CBC