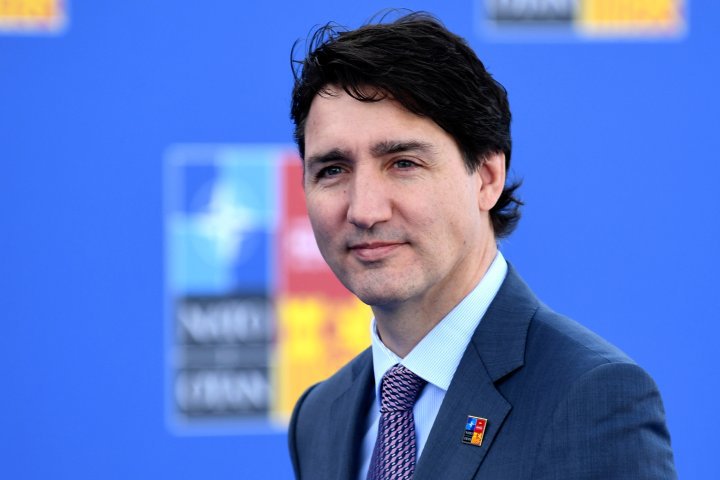 Additionally, Canada will host two new NATO research centres, one which will focus on new security challenges brought on by climate change and another which will focus purely on solving defence and security problems and inventing new defence technology.

Thursday’s announcement follows an agreement reached Wednesday with Latvia that will see Canada lead an enhanced and enlarged NATO force in the Baltic country.

“In the face of Russia’s ongoing attack on Ukraine — an attack on democracy, human rights, freedom, and security everywhere — NATO has reaffirmed its enduring transatlantic bond. NATO Allies are united and determined to uphold the Alliance’s values, and to strengthen our defensive alliance, for now and for the future,” Trudeau said in a written statement.

The armoured personnel carriers Canada will send to the Ukrainian military should be delivered this summer. Canadian officials declined to be more specific for operational security reasons. Canada will deliver 39 armoured combat support vehicles (ACSVs) plus parts and other elements so that they can be serviced and maintained.

The ACSVs headed for Ukraine are part of an order of 360 armoured personnel carriers that the government of Canada had ordered for use by the Canadian military. Canada is carving out part of its order and diverting it to Ukraine but will still receive the balance of the 360 vehicles it had ordered, albeit now on a different timeline.

Those kinds of troop carriers — carriers that can operate in combat conditions — are the kinds of gear the Ukrainians had specifically requested from NATO allies. The General Dynamics ACSVs have reinforced bellies to withstand mines. They are equipped with a machine gun but are generally considered defensive vehicles and not offensive weapons.

The delivery of vehicles, spare parts and six new drone cameras will eat up the balance of the $500 million in military aid the Trudeau government promised in the 2022 federal budget.

Canada will also host the North American office of a new NATO research project called the Defence Innovation Accelerator for the North Atlantic (DIANA). Estonia and the United Kingdom are hosting the European office of DIANA. A Canadian location for the DIANA project has yet to be determined. Funding for the project comes from NATO. Canada will supply the space to host researchers.

Similar, NATO will pay for and Canada will host the first-ever NATO centre of excellence. This centre will employ researchers who will examine the security challenges of climate change. It will be called the NATO Climate Change and Security Centre of Excellence (CCASCOE) and will be based in Montreal.