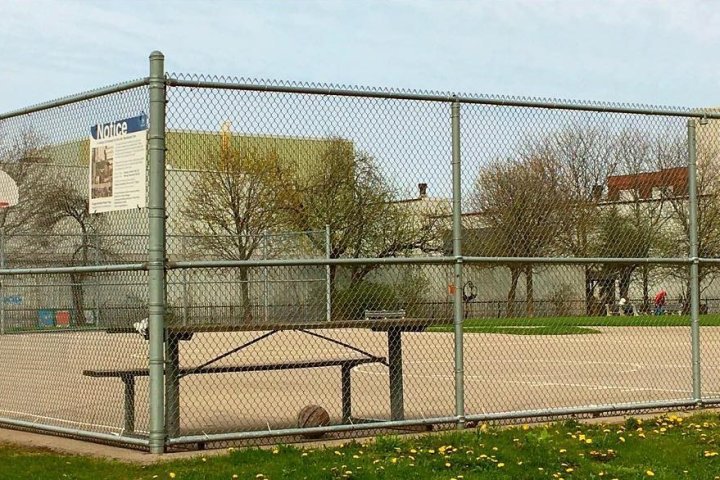 Hamilton’s own Arkells have stepped up to help transform a basketball court in the lower city into something truly special.

“Right away, as soon as those words were coming out of his mouth, I was like, yes, yes, yes — really excited about the initiative,” Nann told Global News.

With the help of some local donors, the band was able to raise $80,000 that will be used for a number of upgrades to the court, including new professional-level basketball backboards, spectator bleachers, acrylic court surfacing and refurbishing light fixtures.

Kerman is quoted as telling Nann his reasoning behind the proposal to revamp the court, saying “basketball has a very low cost barrier to play. We care about good public space and want to enable neighbours to play some serious basketball year round and for years to come.”

Nann moved to have the new space dubbed ‘The Rally Court’ at a recent public works meeting to recognize the band’s fundraising efforts.

“As people who love Hamilton and have been there for so many diverse communities throughout this pandemic, lifting people up, spreading some joy … I think this is an example of what they’re doing for the community in a tangible way that I see very, very much leaving a legacy here in the city from multiple generations to enjoy moving forward.”

The new space is scheduled to be unveiled ahead of ‘The Rally’, Arkells’ June concert at Tim Horton’s Field.