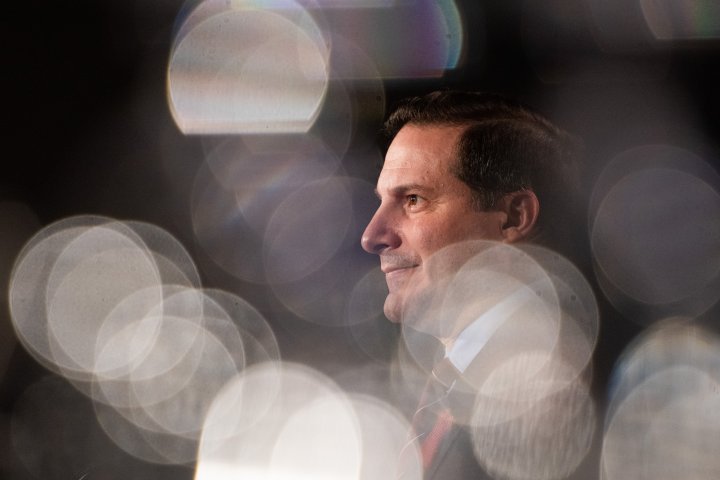 Across the country, Liberal MPs have spent the week handing out millions of dollars to municipalities to fight gun crime and remind voters about their intention to ban handguns and strengthen gun control laws, measures which internal government polling obtained by Global News appears to indicate are political winners for the Trudeau government.

On Thursday in Whitehorse, Yukon, Public Safety Minister Marco Mendicino joined the local Liberal MP Brendan Hanley to announce a federal grant of $929,500 to the City of Whitehorse for community-led prevention, education and outreach projects with the goal of reducing gun crime.

Also on Thursday in North Vancouver, B.C., Liberal MP Terry Beech announced that the District of North Vancouver would receive a grant of $1.779 million. North Vancouver municipal politicians will decide how to spend the money so long as it goes to projects that address gun crime and gang violence.

The day earlier, Beech, the MP for Burnaby North — Seymour, gave the City of Burnaby a federal grant of $2.96 million to prevent gun and gang violence there.

And earlier this week, in London, Ont., Liberal MPs Arielle Kayabaga and Peter Fragiskatos saw that city get a similar grant worth $3.09 million.

The money comes from the Building Safer Communities Fund, a $250-million envelope of cash established last March to support local initiatives to prevent gun crime and gang violence and to help “young people make good choices.” Municipalities and Indigenous organizations can apply to Public Safety Canada for disbursements from the fund. So far, including Thursday’s announcements, close to $80 million has been disbursed via about a dozen different announcements stretching back to March 2022.

Each disbursement, though, is an opportunity for a Liberal minister or MP to stand before local media, as MPs Hanley, Beech and Kayaboga did this week, and talk up the Trudeau government gun control measures.

“My number one priority as Minister of Public Safety is keeping Canadians safe,” says the boilerplate quote attributed to Mendicino in every press release announcing a disbursement. “Investing in grassroots and community efforts in (the name of the community is inserted here) is essential to addressing the social conditions that lead youth and young adults to get involved in a life of crime and gun-related violence. Put simply, we must stop gun and gang violence before it starts.”

And with well over $160 million in “gun money” still to hand out, more Liberal MPs and MPs will have lots of opportunities in the months ahead to talk up an issue that is, for Liberals, a political sweet spot.

Indeed, one could argue that the issue of guns and gun control helped turn around Liberal fortunes in both the 2021 and 2019 federal elections. In 2021, both Conservative and Liberal insiders said after the election that Erin O’Toole’s mid-campaign flip-flop on gun control was the moment the Liberals’ mid-campaign slide in the polls stopped and Conservative fortunes started to fall.

And in the 2019 election, the first campaign event Liberal Leader Justin Trudeau held after the revelations of his “blackface” photos was on Danforth Avenue in Toronto, speaking with gun crime victims and talking up promises to ban handguns.

Internal government polling done over the summer, recently obtained by Global News through an access-to-information request, supports the notion that the Liberals believe they are on the winning side of the issue. The polling, conducted by the Privy Council Office, is circulated to every cabinet minister, every deputy minister, and all the senior political advisors in the prime minister’s office.

David Akin is the chief political correspondent for Global News.