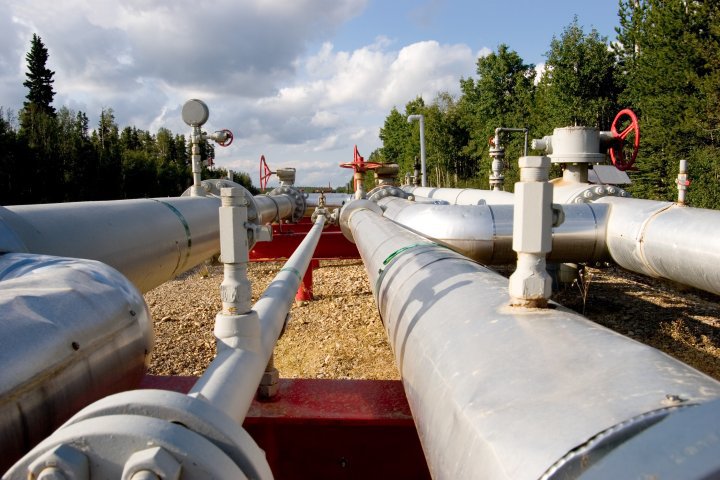 If there’s been one constant tension in Confederation in the last 20 years, it has been the struggle between those who believe Canadian federal and provincial governments should do all they can to exploit Canada’s vast energy resources and those who insist fossil fuels must stay in the ground so that Canada can lead the world in reducing harmful greenhouse gas emissions.

It’s a tension that has led to an economic and policy paralysis. Through the years of the Harper government and now the Trudeau government, some big energy projects struggled to find their footing even as Canada missed one international commitment after another when it comes to fighting climate change.

Is that tension and the resulting paralysis a permanent feature of the Canadian condition? Or could Canada really be an energy superpower and be a global leader on climate change?

The answer to some is: Yes.

“So I think it’s true that Canada is an energy superpower, and it’s true that I think Canada needs to do more on climate change. And I think it’s also true that we can do both,” said Christopher Ragan, an economist and director of the Max Bell School of Public Policy at McGill University in Montreal.

The Russian invasion of Ukraine and the subsequent disruption to global energy markets have moved this seemingly conflicting objective — producing more energy while cutting emissions — to the top of Canada’s national agenda.

As many of Canada’s Western European allies, notably Germany, are starved of gas and oil, Canada, despite its fossil fuel wealth, can do almost nothing. Those years of economic and policy paralysis left it without the infrastructure to move, for example, liquified natural gas from eastern Canadian ports to German homes and businesses.

But Russia’s invasion may have cured Canada of that paralysis.

“I sense that there is a greater sort of pragmatism being brought to bear on the issue,” said Brad Wall, the former Saskatchewan premier who now serves as a special advisor at the law firm Osler, Hoskin & Harcourt LLP when he’s not riding his horse through the grasslands of southwest Saskatchewan

“I think Canadians are looking through the lens of a bit more common sense. Not that they weren’t before, but I just think that there’s a greater focus.”

Wall, like Ragan, believes there is a way for Canada to achieve that dual objective of boosting energy exports while reducing emissions.

“I think it’s absolutely possible. I think what we need in Canada today is a leader. I don’t care what party the person leads, but we need a national leader that says we are all of the above,” said Wall.

“Canada is an energy superpower and not just on the fossil fuel side, but right across the spectrum. And so let’s start acting like it because a country that aspires to leadership and follows it up with action, I think, is going to find this intersection of very good policies that’s good for the economy, good for communities and can be sustainable in terms of the environmental impact.”

Still, solving the problem of moving gas or oil out of an Atlantic port could be the challenge of the century. First, if it is to be the private sector that builds the pipeline and refines infrastructure for European exports, it’s not clear that a solid business case can be made under the current conditions for a return on the billions of investment required.

That’s partly a result of the immense political challenges involved given that subsequent governments in Quebec have all but prohibited new pipelines transiting through the province. And finally, a federal government would almost certainly need to build the political will to convince Canadians that meeting its international commitment of becoming net-zero by 2050 is not only against the national interest but may, in fact, work against the more important goal of getting the planet’s climate change ledger to net-zero by 2050.

“I think the answer’s got to be the premiers, the goodwill they’ve built up sitting down saying, … let’s just find an answer here. We can do this.”

From 2014 to 2019, while Wall was participating in annual meetings of premiers trying to find political solutions to energy and climate problems, Ragan was chairing Canada’s Ecofiscal Commission, a group of independent economists which tried to provide advice to governments on energy and climate policy.

The commission explicitly recognized the challenge politicians face to find progress on both files by sticking with mostly practical recommendations.

“A pipeline is a federal issue. It’s crossing provincial boundaries and we need our provinces to not be so damn provincial, frankly,” Ragan said. “They need to recognize that they’re part of a bigger country that is part of a bigger world.”

Realigning expectations on Canada’s climate change targets would also likely be a requirement if Canada was to boost its energy exports.

The targets Canada has agreed to, be it in Paris or Copenhagen or Kyoto, occurred in a world where there was no imperative to remove Russia as a reliable source of supply. Energy security was rarely, if ever, a variable that was plugged into the calculus of achieving net-zero in the Canadian context.

Now that energy security is a global and Canadian imperative, targets may need to be adjusted.

“And does that mean — and maybe this won’t be very popular with some folks — but does that mean we re-look at our own targets? I think we need to. So we can achieve that balance and answer both questions that the world is asking right now.”

Ragan suggests that Canadian policymakers and the broader Canadian public ought to consider Canada’s targets in a global setting where relatively cleaner Canadian natural gas can displace ‘dirtier’ forms of energy such as coal so that the planet gets to net-zero by 2050 — even if Canada cannot do so.

“I mean, in the big picture, you’re doing a very good thing. You’re taking natural gas from a country that has a pile of it. You’re liquefying it. You’re shipping it to a part of the world that needs it,” Ragan said.

“They can use that natural gas there rather than oil or rather than burning coal. So in a global sense, this will reduce emissions. This is a good idea. But in Canada it will increase emissions because we will burn a pile of natural gas to run the compressors for liquefied natural gas. And so we may blow past our targets. And then you say, maybe we don’t have the right domestic target for a world that has these ambitions and has these energy security issues.”

Wall, in his advisory work at Osler’s, hears something similar.

“We should approach this issue of doing our share of the emissions question and the target question the same way the balance on the other side of that equation is energy security,” Wall said. ” You have emissions reduction and targets and you have energy security. And right now we see Europe has a real energy security concern.

“This dependence on Russia is not existential maybe, but the next door neighbour to it, if you ask Ukraine, they might say it is.”

“Energy security has obviously risen its head,” Ragan said. “So it hadn’t before that. So this is why I say it’s completely changing this discussion. And I wonder how long it will be before a Canadian government — maybe this one, maybe the next one — says, you know what, we need to sell more of our stuff to Europe because of energy security issues and Russia. And therefore, we need to adjust our domestic targets.

David Akin is the chief political correspondent for Global News.