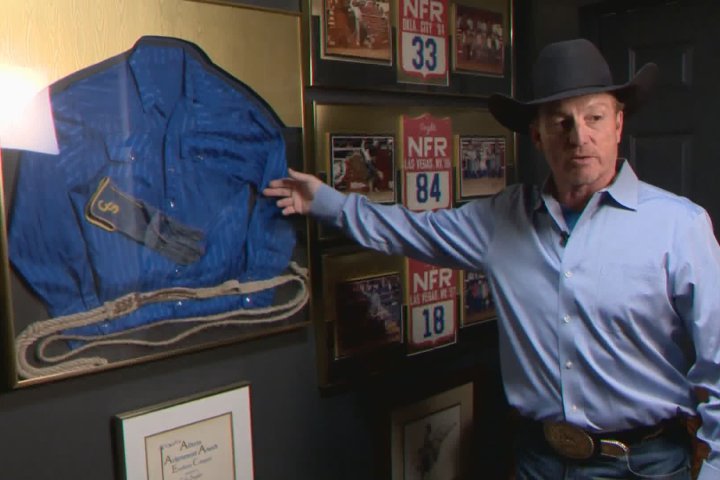 It’s been nearly 30 years since Cody Snyder rode his final bull in Fort Worth, Texas.

A nagging wrist injury had been looming large over his season, but a dislocated shoulder would prove to be the final blow to his storied career.

Instead of riding off into the sunset, this cowboy is heading back to Fort Worth as the first Canadian inducted into the prestigious Bull Riding Hall of Fame.

“I was totally caught off guard,” Snyder said. “To get in there, you’re voted in by your peers, by other great bull riders — world champion bull riders. This is the one that kind of means the most.

It was a moment that took him back to his childhood in Redcliff, Alta.

Snyder would spend hours in Canadian Pro Rodeo Hall-of-Famer Dale Rose’s practice pen, warming his hands in freezing temperatures before hopping on a bull and pretending to be Don Gay, the very man on the phone inviting Snyder to enter the highest echelon of his sport.

“It was a cool feeling. It’s something I’ll never forget.”

The moment his career took off at a breakneck pace was actually the moment things slowed down.

“I hadn’t been riding very good,” Snyder admitted of disappointing performances at rodeos in Charlottetown, Halifax and Saint John. “I turned pro when I was 17 years old, I was young and I’d been getting bucked off for no reason…

“There was this bull, Convoy, from Northcotts: nobody hardly ever rode him. I just sat up and all of a sudden the lights turned on and everything just slowed down. It was really weird. I remember the feeling like I’m standing here now,” the Alberta Sports Hall of Famer recalls.

“That was the defining moment in my career and, boy, after that, I just started winning and never looked back.”

At 20, Snyder shocked the rodeo world by capturing the World Championship in Oklahoma City and putting down a 95-point run at the Canadian finals that still stands as the highest score in Canadian rodeo history.

The brazen young man got some good luck competing in shirts hand-made by his mother. The shirt she made for his World Championship win is the centerpiece of his trophy room.

“I always had the attitude that I’d come here to win and nobody can stop me,” Snyder said.

“That year was like that and it changed bull riding in Canada. It caught everybody off guard.

The incredible string of success sent him down a road that felt worlds away from his quiet home in the Foothills.

His five turns captaining Team Canada at the PBR World Cup have taken him to Australia, Brazil, Mexico and Las Vegas.

He also takes great pride in what he and his family have accomplished since he retired.

For more than 30 years, Snyder and his wife, Rhonda, have been producing Cody Snyder Bullbustin’ events, raising more than $3 million for Alberta charities in the process.

Their daughters, Jordyn and Reese, have also come on board with the family business.

The whole Snyder clan will travel to Fort Worth for the Bull Riding Hall of Fame induction ceremony in May.

His story is enough to fill a book — the next challenge Snyder plans on tackling.