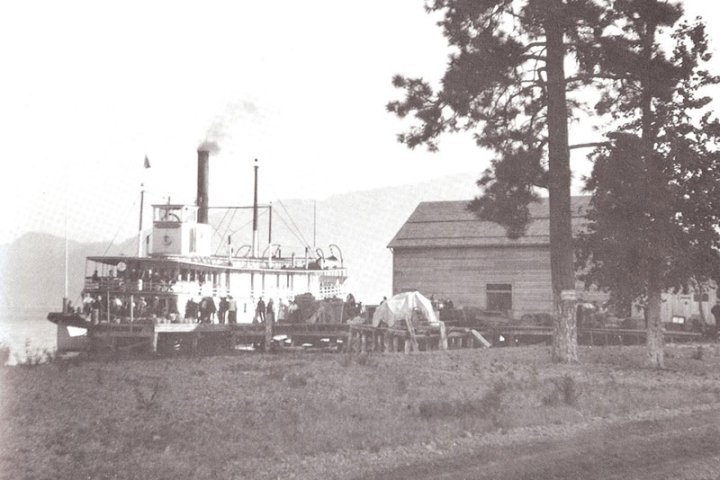 The Fintry Queen is once again putting out the call for help. The 325 passenger ship is looking into refinancing and restructuring so that it can begin offering traveler services again.

According to Andy Schwab co-owner of the Fintry Queen; The ship last operated in 2008 and carried over 25,000 passengers.

“I leased the boat originally on a lease-purchase deal back in the year 2000. I ran it for two years and (it) was not so successful the first year, (it) was very successful the second year – and we were going to go gang busters in the third, but I ran across Transport Canada, ” said Shwab

Unfortunately, Transport Canada denied The Fintry an inspection – which is what it needed to continue sailing- because there just wasn’t the space to do one. According to Transport Canadas terms, the boat needed a harbor where it could be dry docked. No such thing exists in the Okanagan.

Schwad advocate for the vessel but the continuous roadblocks have left The Fintry sitting empty on the water. Andy tells Global News, he would like to see the boat in full operation again.

” My idea is to see it run as a ferry again, to be able to go into the park, stop at the winery, stop at (the)resorts and travel all around the lake,” said Shwab

According Schwab he needs to raise $1,000,000 to rectify the ship. He says this will also help build a new public docking area for loading and unloading passengers.

He tells Global News he believes he now has a ‘winning formula’ that will entice investors in.

“I have now got a tax credit which is a 30 per cent tax credit to BC investors. It’s attractive for some and those early investors, if they put their money in the boat is very profitable,” said Schwab.

He continues with “After five years, the Company will transition into a “Community Contribution Corporation”(CCC) which Revenue Canada defines as a “for profit” corporation, where 60 % of net profits are returned to the community for a social purpose. The CCC will support these communities for many years.”

Schwab said they are only entering the early stages of discussions and that it is a two to three year process to put everything in place. He is hoping to everything up and running by 2024.