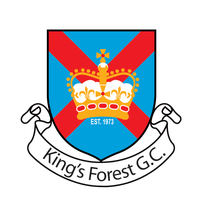 Amazingly golf has been played here since 1896, first as the Hamilton Golf Club and then later renamed Chedoke Civic Golf Club in 1924 when the City of Hamilton purchased the land from the Hamilton Golf and Country Club after it moved up the mountain to Ancaster.

It's legendary Canadian golf course architect Stanley Thompson, whose brother Nicol was the head professional at Hamilton GC as early as 1899 and lived a few blocks from Chedoke, who has ties to both courses. Newspaper and Club records indicate that Stanley and Nicol started working here and there on the Martin Course in the early 1920s right up to and including the time Stanley designed the 18-hole Beddoe Course in 1948. Today, award-winning architect, Graham Cooke, who is based out of Montreal, oversees changes to all three City run courses as part of a long range plan for the facilities.

Another major draw for Chedoke over the years has been its extremely reasonable prices. It was George Martin's vision to create a golf club where the working man could afford to play golf and that's exactly what lives on in his memory today.